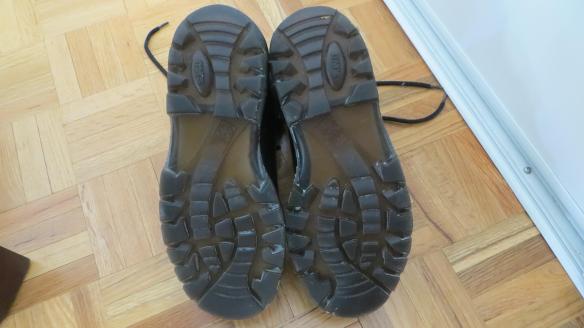 When I woke up this morning I felt freaking amazing. Swear. I couldn’t believe how good I felt. I opened my eyes and hopped out of bed and wanted to fly to the moon when my feet hit the floor.

See, I got back problems. It’s been probably eight or nine years since I could physically hop out of bed. Ever since the accident at the factory, I’m crunched up and slow moving. For a while there, it was touch and go as to whether or not I was going to make it.

But this morning. Man! It was like I had one in the chamber and the bullseye was six inches away. Just the best. And it’s not like I did anything any differently, last night or yesterday, or hell, the past six months.

I’m running on a full tank again, and I love it. I whooped, and shouted, “Soy muy hocicon!” But since I haven’t used my high school Spanish in the past thirty years, I have no idea what I said. That wasn’t the point though; the point was the emotion behind the exclamation.

My neighbor started pounding on the wall. I could hear him hollering something at me, but I couldn’t understand him. Besides, he wasn’t going to spoil today for me. I felt great! It didn’t matter if no one cared. Not one single solitary bit!

I opened my bottom dresser drawer, mostly because I hadn’t been able to open that drawer in years. All I found was old cargo pants, but I went ahead and put them on, because by God I was going somewhere today, and most people wouldn’t like it if I went naked.

I grabbed my work boots from the hall closet and jammed my feet in them as I struggled into yesterday’s tee shirt.

When I threw the door open, the birds where chirping like I was Snow White. Glorious.

I took two steps before I tripped over my own feet and came crashing to the pavement.

I groaned and rolled over to stare at the clouds crawling across the blue sky. Just my damn luck. I closed my eyes and gave up.

And then I woke up. Not feeling as amazing as I had in my dream, but I was still pretty optimistic about getting that bottom drawer open. Today’s the day!