We conned my brother and his girlfriend into staying another night. He forgot his matches. 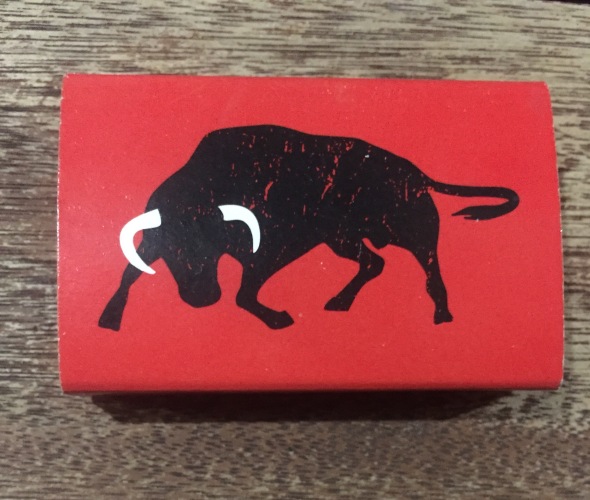 Today is my stepfather’s birthday. He and my mom are visiting this weekend so we could all go see my brother this afternoon.

This morning we got up and ready, and on our way to Monroe stopped at the best donut place ever, just down the road from our house. The donut lady gave Ian their card so he could call first next time to make sure they have some plain cake donuts ready for us because they never make many, even though they taste so good.

We traveled and arrived safely. Unfortunately, my brother can only have three visitors at a time, so my stepdad waited outside for the first two hours, then swapped out with my mom for the second half. Ian and I were very appreciative of that, since we hadn’t seen my brother in months.

It was so good to see him! He’s gained about twenty pounds since he’s been there, but he was underweight before. We all had to talk about the new fuzz he’s getting on cheeks and chin. We brought in a ton of snacks for him, and he ate most of it over the four hour visit.

We had a great time talking shit to each other and hearing about things that have happened, both before he got in trouble and more recently. He seems really optimistic about getting out sometime next year, and while I would love for that to happen, I can’t put a lot of faith in it. He’s screwed up and screwed up, and I don’t know if just a year will be enough to show his judge that he’s changed.

Ian and I are going to talk to his counselor to see about getting a weekday visit scheduled so we can bring Abby. She’s so cute carting his school picture around, showing her uncle to the cats. He’d love to see her again as well.

It was terribly hard for me not to cry when we hugged and said our goodbyes. He’s so close, but he might as well be so far.

We went home and made sure that our cats hadn’t killed my parents’ dog, then went to Olive Garden for dinner. Don’t they have the best salad? We had a nice grownup dinner, with wine and dessert, while laughing at the couple on a first date at the next table trying to impress each other. It was even funnier when a woman walked by with a newborn, who spit up on the floor. The waitstaff acted as though it was a toxic waste spill, getting a guy out with gloves, a broom, and cleaning solution to scrub the carpet for this tiny spot, even finishing up with a liberal application of Lysol.

We came home and chatted a bit, and now it’s time for bed. Oh yeah, that’s two, count ’em, two nights in a row of nothing but plain old regular insomnia. Time to try for three! Maybe I’ll dream about those leftovers I’m having for lunch tomorrow.