A Hundred Visions and Revisions

“Where we are going is here.”

The statement came out of his mouth so matter-of-factly that Cheryl didn’t even consider the that he’d just thrown a dart at a map of the country. Stephen followed it up with another statement, this one even more unsettling.

She blinked at him, temporarily frozen in her surprise. “Right now? Stephen, you can’t be serious. It’s the middle of the night!” The paralysis wore off, and she gestured at the open window next to him.

He turned to regard the twinkling stars and flowing galaxies high above the rooftops of the houses across the street. With a shrug of his shoulders, he turned back to look her in the eye again. “So what?”

She didn’t have an answer for that.

The face-off lasted less than a minute before Cheryl gave in and left the room to pack the few things that she wanted to keep with her on this adventure. Excitement began to blossom deep in her stomach as she zipped the bag closed and trotted back out to the living room. He was standing in the same spot, arms crossed over his barrel chest, staring out the window again.

The dart had fallen from the map and rested on the floor beneath it.

“Stephen,” she began, timidly. “Do you remember where you hit the map?”

He grunted, still standing at the window.

She tried again to capture his attention. “Do you want to throw it again?”

His head straightened abruptly, as though he’d awoken from a deep sleep. “What was that?” he asked, turning to face her. His eyes dropped to the bag in her hand. “Where do you think you’re going?” His eyebrows drew together and that gruffness that she hadn’t heard in so long, that gruffness that she feared so much, crept into his voice.

The bag slipped from her loosened grip to land softly on the carpeted floor. “I-I…you just…nowhere, Stephen.”

His glare softened. “Well, don’t just stand there, Cher, bring it to the truck. We’ve got to get–” he turned to look at the map and noticed that the dart was missing. “Shit. These walls must be too solid. You wanna throw it this time, girl?”

She shook her head, but stepped forward to retrieve the errant dart and pass it to him. He took it from her hand with a caress, and winked at her as he did so. “Let’s go somewhere sunny,” he whispered in her ear. “You look beautiful on the beach.”

He took her in his arm, and as their lips met, he threw the dart again, and it thunked solidly through the glossy paper map and into the plaster behind.

“Southern California, here we come,” he murmured, brushing her hair out of the way with his nose and kissing her beneath her ear, in the spot that made her breathing heavy and her muscles weak. He broke away and slapped her ass. “Pack it up!”

Cheryl ran back to the bag she’d just dropped, and when she straightened, the smile was back on her face.

Today we drove to Dallas to spend half the night before getting up at 330am for our flight to Denver.

On the way, the front passenger tire got an egg on the tread, so it was either go get a tire today or wait until we were ready to go home next week.

We went today. And were told the wait would be about two hours.

But while we were waiting, an old friend of mine and his family took us out to dinner at a Mediterranean buffet, which was delicious.

So that was nice.

When we got back to the hotel we went swimming for a bit, and learned that 90° is pretty chilly when you’re used to 50% humidity.

I’m going to freeze my butt off in Denver.

Which is why we brought jackets and pants.

And now for a bit of a nap before dealing with TSA and my mother in a wheelchair.

You know that saying, “today is the first day of the rest of your life”?

Nobody ever thinks about that. I don’t. You know you don’t either.

Sure every once in a blue moon, something happens, some massive national tragedy, some major personal tragedy to you or to someone’s nephew’s brother’s cousin’s roommate. Something happens and you think about it, but it never lasts. The appreciation for every day wears off and you’re back to square one.

But my little sister wasn’t.

She was different. Today really was the first day of the rest of her life, every single day.

I talk about her like she’s gone, but I don’t really know. She got tired of the rest of her family never understanding how special today is, because we just didn’t. Just like you.

I haven’t seen her in years, now. She used to send postcards, once a week, then once a month, then maybe once a year. We couldn’t write back to her, not that anyone wanted to, other than me. There was no telling where she was going to be.

She left to have adventures. I know she was having them while she still sent postcards, but now, I don’t know.

But I always like to think that she is. That she wakes up each and every morning with a smile on her face to greet the day, and with that burning curiosity to find out what this new day will bring.

When last we saw our intrepid heroine, she was hitching a ride with a van full of hep cats. Who knew such creatures still roamed the streets unchecked, preying upon innocents like Frannie? Well, we do, now. Frannie, however, is not quite so innocent and helpless as she may seem at first glance; she is intelligent, resourceful, and highly competent, not just for her age, but as a human being. But we already knew that, didn’t we?

As the van trundled down the highway at its top speed of 52 miles per hour, Frannie began to really get into the staring contest that she and her seatmate-slash-possible-new-mom were having. Blinking seemed to be okay, but breaking eye contact was not. At long last, the mostly-grown girl threw her head back and laughed like her life depended on it.

Frannie shrugged off her mild confusion, and continued the staring match with the girl’s funny-looking hair. It was so ropy and thick, like an old dirty mop. She wondered if the girl would mind Frannie touching it.

“Can I touch your weird hair?” Frannie asked.

The girl was still laughing, but she nodded and leaned her head over a bit so Frannie could cop a feel. It felt ropy and thick, just as she’d suspected.

“What’s wrong with it?” Frannie continued on the hair-related questioning.

Frannie mulled this odd term over for a moment or two before moving on without a worry. “Where are we headed?” she asked.

The driver leaned over to his right and hollered back over his shoulder at her, “Wherever the wind takes us, little dude. We’re on a pretty sweet adventure right now, man.”

“I’m a girl,” Frannie muttered to herself as she crossed her arms sulkily. “Not a dude.”

The driver paid her no mind, and Frannie gave up the sulk to pull the grocery list from her back pocket once more, mulling over the list. She’d already come to the conclusion that these were not her new parents, and knew that she’d better get a move on to the next prospect before it got too dark. She didn’t want to spend the night in this van.

“Can you drop me at the store when you get there?” Frannie asked, very politely. “I don’t believe I’m up for a sweet adventure on top of the one I’m already having, thank you very much.”

The driver didn’t seem to hear her at first, but as his head bopped up and down, sometimes in time to the music playing, he gave a bit of an extra nod. “Sure thing, little dude. Sure thing.”

Frannie rolled her eyes. “I’m a girl,” she grumbled yet again.

We sat on the bench seat of his old pickup next to the city river. I think he was happy to just sit there and enjoy the feel of my head nestled into the hollow of his shoulder. He’d left the switch on so we could listen to the radio, and I sang along to about every song that came on. 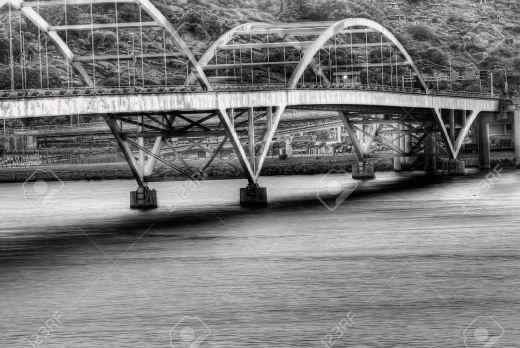 We didn’t talk; we didn’t need to. At least, not yet. But we would.

He’d lost his job, and my travel visa was up next week. Without money coming in, he wasn’t going to be able to come back with me, and My application for an extension was denied. Everything we’d carefully planned over the past month, shattered with the loss of his paid vacation time.

It wasn’t even anyone’s fault; there was no one to blame for the fire that took out half of the block his company was on. Bad wiring, or something. Neither of us cared why it had happened, only that it had.

I closed my mouth mid-verse, and closed my eyes as I tried to burrow deeper into his embrace. The burgers we’d had for dinner lay in a ball of indigestion in my stomach.

I didn’t want to say goodbye.

I thought back to the night we met, two people walking opposite directions downtown, our eyes met, and that was it. I’m not so naive as to call it love at first sight, but we knew we were kindred spirits, even before we spent the next seven hours laughing over the same two cups of coffee in that deserted diner.

“I don’t want to leave you,” I whispered. I didn’t think I was loud enough for him to hear me over the radio, but he did.

“I don’t want you to leave,” he answered me.

Tears were threatening, and I had to back it up a bit. “Remember that time we got stuck on the sandbar when the tide came in?”

“That was all your fault,” he chuckled.

He was right, and I knew it. But since he didn’t hold it against me and we made it through okay, it had become a running joke. That was our second date.

He reached his hand up to stroke my hair, and I opened my eyes again.

He cranked the truck in answer, and I sat up to put my seatbelt on.

We could talk tomorrow.

I am in Atlanta. Lemme know if you want to hang out.