The Fish Remembers the Falcon

The table in our hotel room in North Little Rock had a fish.

Lynn pushed on her front door a bit, and it squeaked on its hinges. She knew she’d locked it and shut it firmly behind her when she left this morning, but there it was.  Open.

She wondered briefly if she should call the police before deciding against it. That would likely cause more trouble than it was worth. She gave a soft cough, and entered.

Nothing looked wrong or out of place. Her belt still hung on the back of the chair nearest the door, and she noticed that she’d left the ranch dressing on the table. Her left hand absentmindedly reached to pick it up, and that’s when she saw it.

The tiny baby puppy cowering beneath the kitchen table, shivering.

Lynn had no way of knowing if someone had left the poor thing, or let it in, or if her door had malfunctioned and opened just enough for it to seek refuge, but she wasn’t arguing.

She carefully set the bottle of dressing back on the table and lay down on the floor, inching closer and closer to the dog. Finally, she was close enough to reach out a hand and pet its soft, damp fur. The puppy snuggled into her touch, seemingly unafraid. She scooped it up and held it against her chest, trying to warm it.

In a few minutes, the puppy fell asleep, and Lynn had fallen in love. She never forgot the day that her door was just a little bit open when she came home from work, and she loved little Bradley for a very long time. 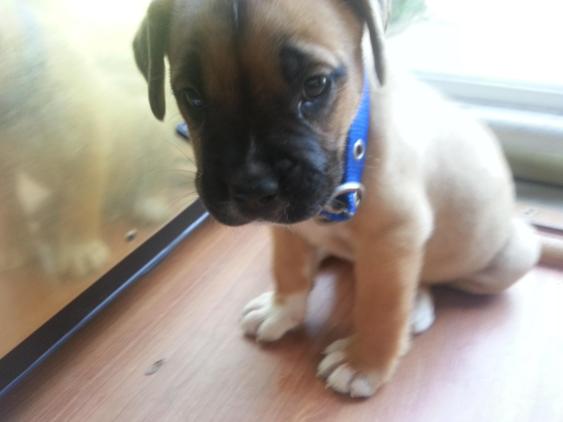 Oliver rests his chin on the table and stares into the marbles. They’re so pretty from this angle: the light shining through, making the colors sparkle and dance on the table when he nudges it with his knee.

The front door slams, jolting him from his reverie.

He lurches to his feet, whacking his shin against the leg of the table and scattering his marbles across the tile floor.

No one is at the door. It must have been the wind. He spends the next eighteen minutes gathering the marbles back up to replace on the table.

Today Ian and I went for lunch then headed Christmas shopping. We found some cool stuff, and some not-so-cool stuff, but the real gems were at the Goodwill.

Like a truckload of flasks and pint glasses labeled COLEGE.

And we saw a table and chairs. 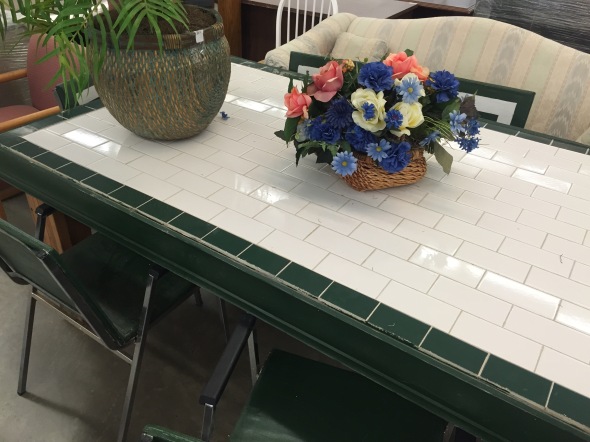 Hand tiled. Hand painted. And take a gander at those green cushions on the chairs! Nope, not cushions. I do believe those are cabinet doors. Yes, wooden cushions. 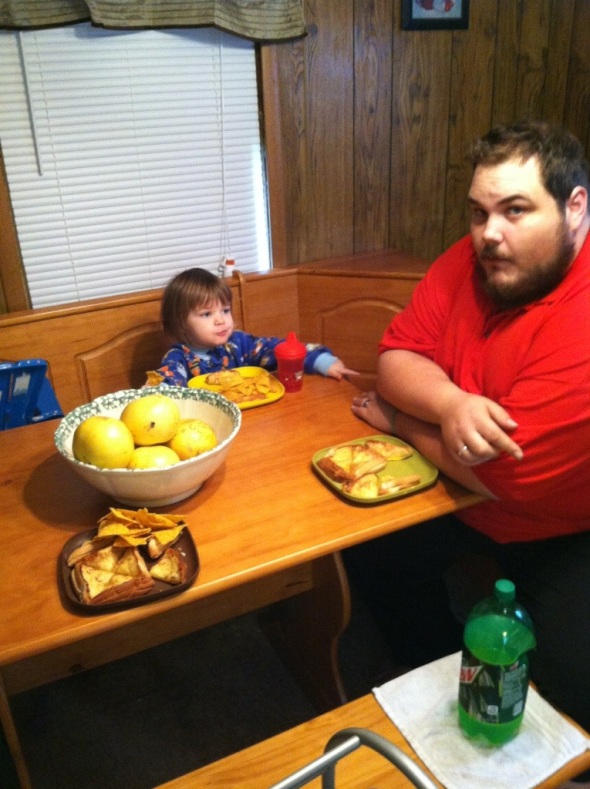 Grilled cheeses at our new table! 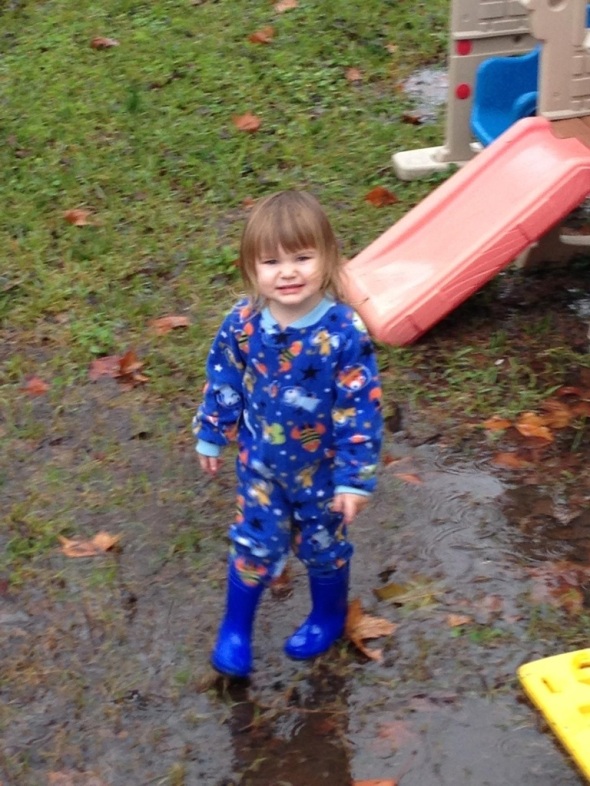 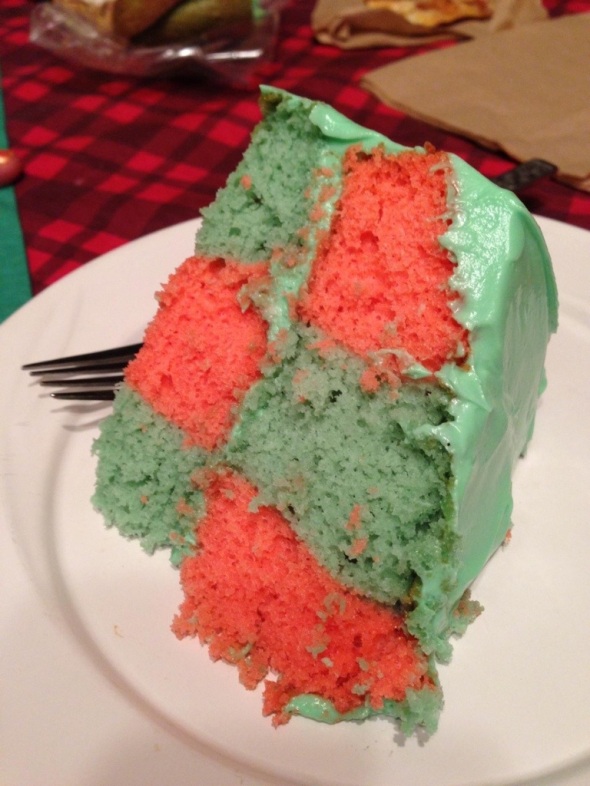 And Ian’s yummy checkerboard cake with cream cheese frosting. We brought home a good sized box of neat baking stuff from my parents’ since the kids are all gone now.