Gloria traced the rough texture of the bricks, the abrasive particles of sand and grit catching the tender skin of her fingertips. A concavity caught her attention, and she paused, cocking her head in curiosity. She scratched at the small hole, widening it, and flakes of mortar tumbled to the ground at her feet, littering her shoelaces with their crystalline dandruff.

She reached the bottom quickly enough, and lost interest when nothing of note appeared. She continued on her way, meandering back and forth across the sidewalk, never stepping on a crack for fear of breaking her mother’s back.

Cedric leaned against the street sign catty-corner to Gloria’s wandering dance, and he watched her with bright eyes. Such a girl would likely have some interesting stories to tell, he thought. His mind made up, he crossed the street, Gloria in his crosshairs.

Gloria froze, her sneaker toe millimeters from a large insect blundering its way across her path. She squatted and squinted at the poor thing–a beetle, she judged. She reached out a hand to touch it, and like that, it spread its wings and disappeared into the bright blue sky without a trace. Gloria smiled broadly, unperturbed that her plans had been so swiftly shattered by such an insignificant creature.

She stood back up and prepared to continue on her way, but a man blocked her.

Cedric knew that with his fighter’s build, he could bed intimidating, but he had spent years perfecting his kindly and disarming smile. He used that smile on Gloria, to an unexpected effect.

“And that’s how your mother and I met, kids.”

Kevin looked back over his shoulder, just once, as he ran down the empty street. The drone was still back there, following him. He cursed his luck; why did this have to be the one day that not a single person wanted to be out enjoying the sunshine on Fourth Street? Any other day this place would be thronged with people.

He felt like a fool for choosing the path he had, and nearly wasted running energy to facepalm himself as he remembered that the boat races were this afternoon. Of course no one was on Fourth! You couldn’t get any farther from the river and still be downtown.

Kevin huffed and puffed and tried to urge a tiny bit more speed from his worn tennies. He couldn’t check for it any more without slowing down or risking a dangerous fall, but he imagined the drone inching closer and closer, nipping at his heels, as it were. A silent tear ran down his face. If he got caught, the scandal would annihilate his reputation.

The daylight was creeping from the cracks and crevices of the still neighborhood, and Kevin let the loaf of bread slip from his fingers and into the clutches of the grocery manager’s drone. Entropy slithered upward another notch, and Kevin’s family would go hungry tonight.

That fellow’s crafty wife is always causing drama
Look in her scrapbook, she tried to paste a baboon.

The fortunate guild has yet to lose a member
To her mechanical awesomeness, her cortex of doom,
The death ray she made to kill a boar last year.

How absurd her affliction; what crooked hunter
Has gone berserker between fight and flight?

An academic question of entropy–her melody, so dense
And the passion of her kissing on Halloween. 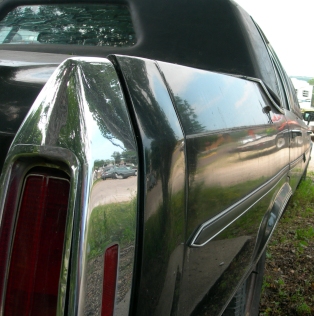 The adventure began when Christopher arranged for the limousine to pick them up at his house at nine o’clock on the dot.

Maureen was glamorous and graceful in her long flowing silk dress, the blue bringing out the depth of color in her eyes.

Percy was every inch the elegant gentleman, lording over the group with a righteousness that suited him in a way that would have been laughable with anyone else.

Gail trailed along behind the rest of them like a condemned woman taking her final walk down the long mile to the electric chair.

Christopher led the charge like a conqueror from ancient times, the seam in the seat of his pants already wearing thin and beginning to tear. No one was harder on clothing that Christopher. He gave the directions to the limo driver in secret, not letting any of the others know their final destination on this fancy dress journey.

They stopped at the nearest public park, and Christopher dragged Maureen out to gather a few handfuls of daisies with which the pair made crowns for the entire party.

The next stop was the library. While no accessories were to be found here, Christopher made everyone get out of the limo and take a series of selfies in front of the great stone lion that stood a lonely sentry out front of the dark building.

Even Gail was pleasantly surprised when they stopped at Percy’s favorite sushi bar. Christopher made a quick phone call, and in short order, a waitress brought out a party tray of sushi rolls, all colors of the rainbow. These were quickly devoured on the way to the next, and final, stop.

Christopher got out first and waved the limo driver aside to hold the door himself for the other three. He smiled broadly at their goggle-eyed stares, for they were standing in front of the apartment building that housed several local celebrities, including a moderately famous sculptor who happened to be having a formal party that very evening.

The party was excellent, if a tad bit skimpy on the hors d’oeuvres, hence Christopher’s idea to stop at the sushi bar beforehand.

For weeks to come, even months and years, they talked about it as Christopher’s greatest achievement, especially since the biggest surprise he’d ever orchestrated before had been a trip to the movie theater to see Basic Instinct.

Carrie’s car backfired, and she jumped, letting go of the clutch and causing it to stall out. She rubbed the tense muscles in the back of her neck and took a deep breath. Some life lessons are easier to learn than others, I guess, she thought.

“Yoo hoo!” Someone called from the garage door. “Anybody home?” It was Carrie’s main accomplice, Sky. Their annual Labor Day Weekend bash was the stuff of legend. Mostly because of that one year when the twins had one too many raspberry mojitos and tried to go home with each other’s boyfriend.

Carrie gratefully exited her vehicle, dropping the keys in the seat behind her. She welcomed Sky’s arrival because it meant tapas were near. “Just let me grab my shoes,” she called.

Sky nodded and bounced back to her own properly maintained car to wait. Carrie was horrible about being ready on time. Today Sky ran ten minutes late on purpose just to see if Carrie would notice. Her bet was on not.

Today, it only took Carrie eight minutes to find the most disgusting pair of sandals she owned. At least, that was Sky’s assumption. They might once have been Birkenstocks, but time and abuse and disfigurement caused them to look like some alien creature had attached itself to Carrie’s flesh. And the color was just gross.

Sky shrugged, and put the car in reverse. Tapas Thursday was a tradition that wasn’t worth losing over a pair of godawful ugly sandals. Besides, Carrie’s existing fashion sense wasn’t ever anything to write home about.

On the way to the restaurant, they passed the train station, which was decorated in a giant banner welcoming some gymnast to the local competition. Sky pointed a finger at it, and Carrie scoffed.

“I haven’t been interested in gymnastics since my mother stopped forcing me to go,” she said. “Not that I was interested before then, either.”

Sky laughed. “I know, silly. Just like me and piano lessons.”

They pulled up to the fine dining establishment where all the Thursday staff knew their names. Sky parked the car, and the pair walked up to the door. A moth flew down from the awning, flapping in Sky’s face, and she flailed her arms wildly at it, panicking.

“It’s just a bug, girl, you look like you’re directing a ship into port,” said Carrie.

Sky’s face was red, and she briefly tried to defend her actions, but quickly gave up and shrugged. “I know, I just don’t like them.”

They went to their usual table in the corner by the kitchen, not normally a popular table, but they liked it because the chance of the waiter dropping their tapas down someone’s back was pretty much nonexistent.

Natalio was their waiter tonight, and he was their definitive favorite. Even before they figured out the near-the-kitchen trick, he’d never dropped a single item from their order.

Sky picked up a dot of sauce with her finger and licked it off before continuing the conversation that had flagged due to their mutual admiration of Natalio.

“So, you don’t think that I’m being stupid about Fletcher, huh?”

Carrie quickly shook her head. “Of course not! He was absolutely faithless assuming that you were going to dump him for losing his job. He’s the one being stupid. I mean, a preemptive breakup over local employment? I know it sucks, but he’s being a jerk.”

“I know, but still…it just breaks my heart. I thought we were so good together. I didn’t know about the big streak of crazy he had until it was too late. But I guess it isn’t too late, since we’re broken up.” Sky shrugged. “What about you? How does your blood work look?”

“Oh, it’s fine, lately. My serum levels are down, which is good. Hopefully it’s just a waiting game now.”

Today I generated a list of twenty random words from this site. I wrote half at work this morning and finished the rest tonight. If you pay attention, you can tell where I started to struggle with the last few words!