I’m not doing the best. I don’t even know what all I’ve told y’all, but there’s been a ton of cancer garbage and other health crap going on for the past three years.

I want to say that for the most part, I’ve adapted and overcome, but I might be fooling myself. Or I might be doing an excellent job, I just can’t see it right now because it’s a shit mental health period.

My guts hurt. I had colitis a couple of times last year, and I have diverticulosis, so it could be either of those, or something else entirely.

I want to do so many things but I’m discouraged. I tried to tell myself yesterday that it’s okay to stay in bed all day if you feel bad, that it’s okay to take a bunch of naps in one day if you can’t stay awake. Today I’m still in bed because it hurts, but I can’t believe myself when I say it’s okay.

My brain says I haven’t had surgery, so there’s absolutely no possible reason that I should stay in bed.

My brain is an asshole sometimes.

I’m dizzy and my head hurts all the time and my vision is going to hell in a hand basket. I’m worried there’s cancer in my brain now. I want to tell myself that’s silly, but is it really? I don’t know anymore.

I plan so many projects and I want to try so many new things and then I kick myself when I physically cannot do them.

Sometimes I wonder why I keep trying.

I tried to take a cognitive function test yesterday and I learned that I can’t do the logic puzzles that I used to love so much. They’ve become secrets of the universe to me.

Maybe if I start writing again things will get better. Maybe they won’t.

I do feel a little better after all this though. I need to go blow my nose.

I hope you’ve stuck it out this far, because I didn’t think to say this earlier. I’m not dumping this for pity or condolences. It is what it is. I’m dumping this so maybe someone else having a rough go of it won’t feel so lonely.

Life isn’t always peaches and cream; I guess I know that as well as anyone.

I got dressed today. On a scale of 1-100, getting dressed always takes me up at least one point. I can’t sit and put makeup on today though.

When I feel better I need to make an art caddy for these days when I can’t sit at my desk and create.

Yes, April, even though you said you feel like a fraud with zero talent, that desire to make art is still there. Maybe take that as a sign that you’re not entirely hopeless and uninspired.

Oh, I make notebooks now. I would love to send you a care package of tiny notebooks and art and who-knows-what if you want one.

I think I’m gonna go catch up on my collage fodder tutorial videos now. Thanks for being here.

Here’s my submission to Kleroteria:

Isn’t it funny that the day I decide to come back and tell you all that I’m alive is the day I log in and WordPress tells me happy seventh blogoversary? Anyway, I’m alive.

What’s the earliest thing you remember?

I don’t remember much of my early life. My sister was born when I was three years and eight months old, and I don’t remember anything before her. I think I only remember one thing before kindergarten, and that was moving to our first new house in Oklahoma, something that seems pretty dang memorable.

I remember bits and pieces before I was ten. After that I can remember whole days and weeks, and the months and years have a story flow to them. 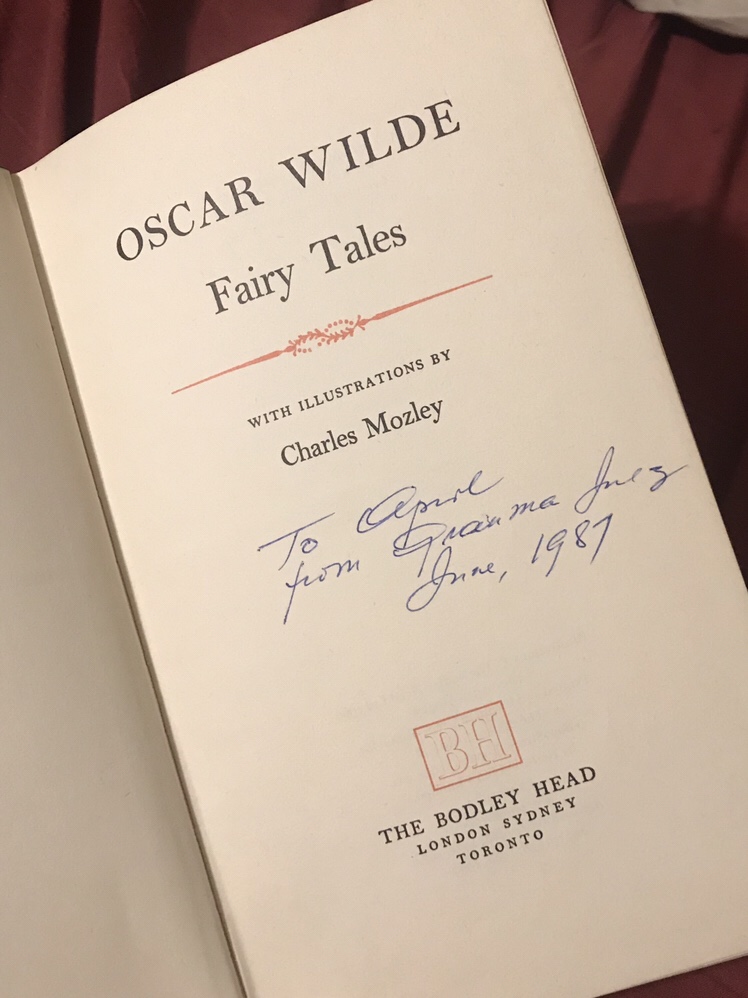 The summer I was nine years old, my grandmother gave me a copy of Oscar Wilde’s Fairy Tales. I dreamed about it last night, about the sound of my aunt Jurate’s voice as she read The Happy Prince aloud to me.

I remember her slapping my hand as I sat on the couch next to her, snapping at me not to pick at my toenails, and then returning to the story as though nothing had happened.

I woke up too early this morning, and I knew exactly where the book was. I tried to retrieve it from the shelf as quietly as possible so as not to wake Ian, even though it had an RC helicopter sitting atop it and another knickknack sitting in front of it. I thought I did well until he rolled over. I apologized and read half the book before setting it on the stack on my nightstand to contemplate.

I read The Happy Prince in my aunt’s voice, and I remembered the tears I shed for The Nightingale. I traced the illustrations and remembered how the Charles Mozley influenced my style at the time.

I’m going to go finish reading it now, and to think about how many of my memories revolve around the printed word.

And picking at my nails.

Celia rocked back and forth in the recliner, her toe tapping the floor with each heave forward, a deep amorphous feeling of absentness within her chest.

She stared blankly into space, her mind flitting and floating from topic to topic, the grasshopper that jumped on her when she was seven years old, the family trip to the mountains to stay at a ski lodge, her brother’s negligence when it came to calling and keeping her from worrying. She hadn’t heard from him in well over two months, and it was nearing the longest stretch of time in their lives to go without contact.

Her cell phone let out a long, jarring warning tone: a tornado touched down in her area and she needed to seek safety as soon as possible. She switched her volume off, and continued rocking, tapping the floor and tapping the floor.

The roar of the storm passed her by, and she still didn’t hear from her brother. 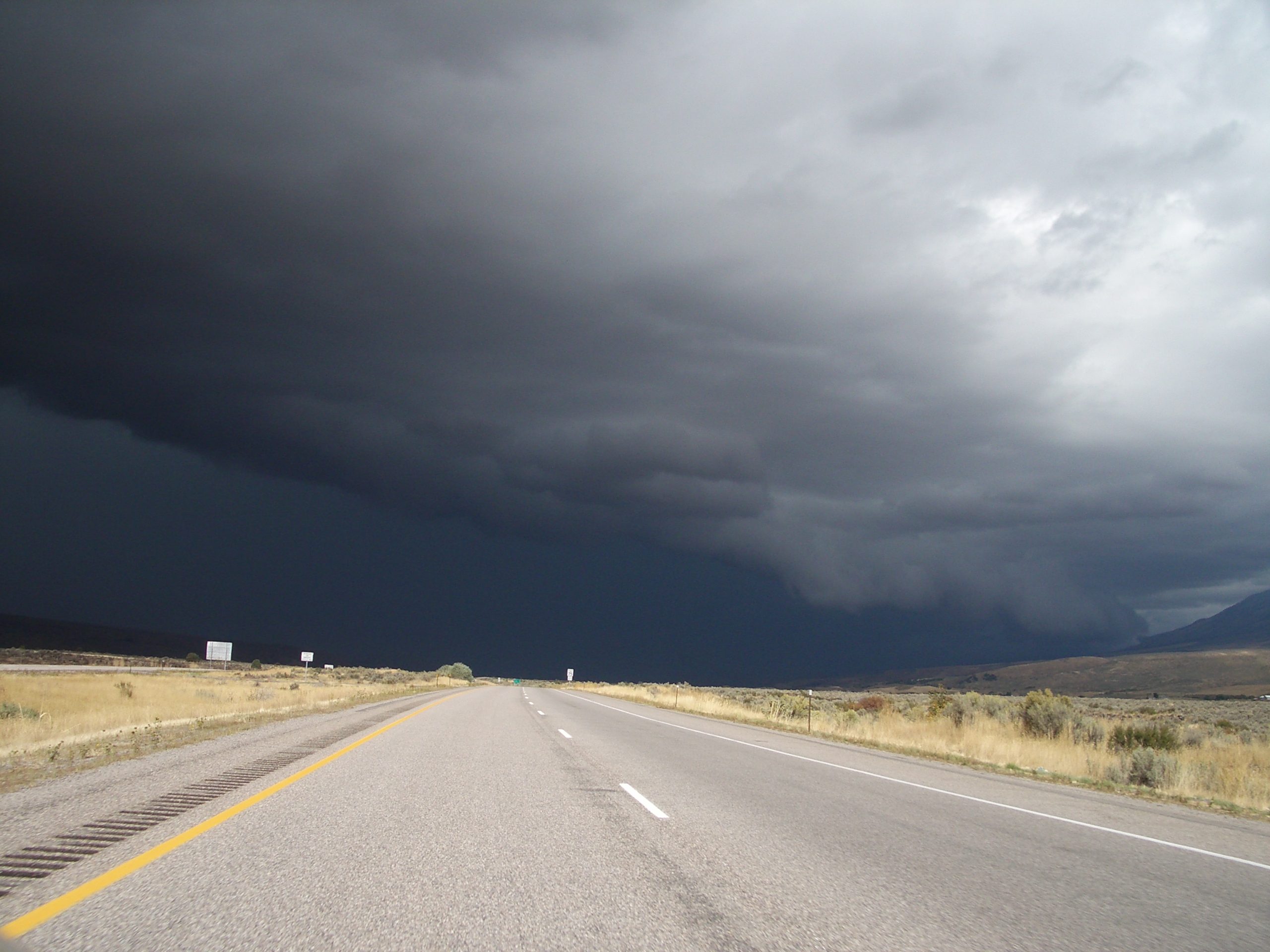 Facebook’s On This Day thing has its ups and downs, for sure, but one thing it has got me doing is checking back through my archives here once or twice a week.

Last year we went hiking and Ian rescued me.

It’s been three whole years since I did the A to Z Challenge, and I desperately need to get back to sewing, since I still have one of these fabrics.

Four years ago letrozole gave me bone pain. I do not miss that stuff or Clomid.

And of course, Facebook let me know that five years ago we went to Nana’s house. 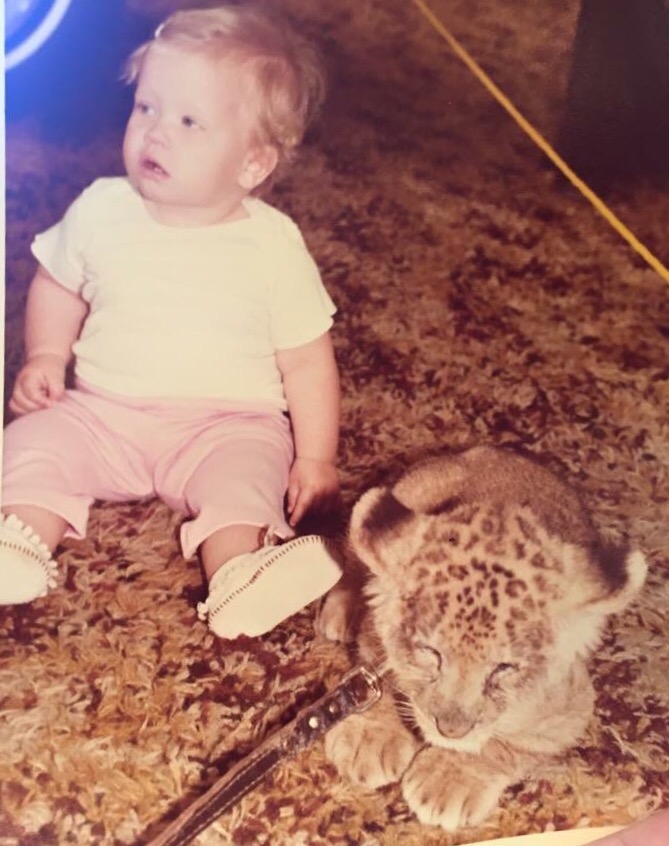 #tbt baby me and a leopard–don’t ask, I don’t have the answers

Grief Without a Timetable

Tonight I learned that a friend of mine passed away.

Not recently, no; it’s been nearly thirteen years.

When I was nineteen, I met a guy on the Internet. He was driving from Wisconsin to California. I talked him into detouring to Louisiana to pick me up and bring me with him. This was the 90s and we were teenagers; nothing bad could possibly happen. We were invincible.

Which makes what I read today all the more painful. He died in 2003 of sleep apnea, after falling and hitting his head.

How many times has his spirit graced this blog?

That time a year ago:

I took a road trip to California with a guy I met on the internet days before. On the way home, his car died and we walked for miles in the middle of the night before a truck driver stopped to give us a ride. With a machete in my pants. Just in case, you know?

I walked three miles along I-10 an hour from El Paso with a machete in my pants at two in the morning because our car broke down (This was the one trip I didn’t make solo.). Who knows what could have happened instead of my first and only ride in an eighteen wheeler?

And dribs and drabs here and there in between.

Like when Mel at Stirrup Queens asked us who we’d like to call that we can’t just pick up the phone and call.

I would like to call the friend I met on mIRC about twelve years ago who took me on his road trip to California. It wasn’t until we were on our way back that I found out why I had to badger him so much to pick me up. He was planning on suicide, but changed his mind when I went. I received a wedding announcement from him almost a year after our trip with a picture of him and his wife, but that’s the last I’ve heard. I hope he’s doing well, and still beating his depression.

Mel and I had an email exchange about my comment, back then in 2011. I dug through my emails for twenty minutes tonight searching for it so I could tell her what I’d learned, with the context.
The whole reason I was determined to find him was my plan to write a memoir about our road trip. And now I have to write it. I have to do it right, and I have to do it well.

I’m sitting here on my brother-in-law’s couch writing this post, and Rammstein comes on: one of the bands in our massive CD playlist from the trip to California.

It’s just–I miss him so much more now that I know I can’t talk to him or send him a Facebook message. It’s so final. I cried for an hour. There’s a hole that I didn’t know was there before.

I’m missing the co-author of the machete in my pants story. 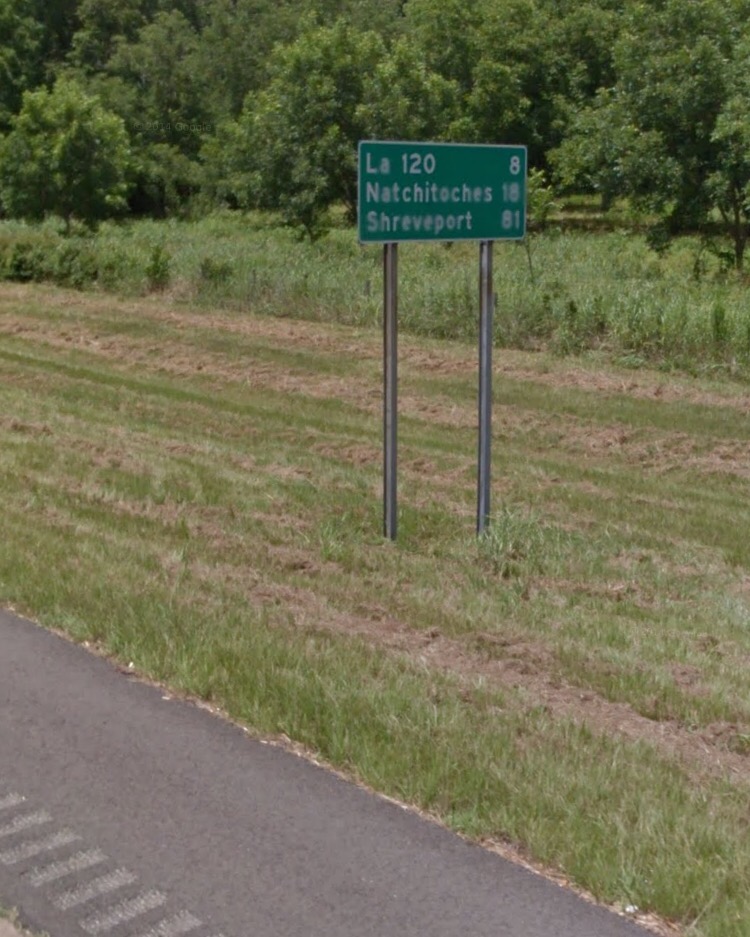 This sign. I’ve driven past it so many times, but one time, I stopped. And it was on our trip.