Agitato hooked the miniblinds with one finger and cracked them just enough to peek outside. Sure enough, those damn kids were out there again. Playing basketball or hooky or doing something they weren’t supposed to be doing. He growled deep in his throat, but since the kids were outside and across the street, they remained unaware of the threat.

He jerked his hand back and let the blinds snap closed again. Something had to be done about those street urchins. Something. And soon.

He closed his eyes and reclined back against the seashell pink bath pillow, stretching his toes out as far as they would reach. They wouldn’t reach all the way to the other end of the jacuzzi, but that was fine. That was just fine. His fingers crept over to the switch for the jets, and the water churned into a whirling maelstrom as he clicked it.

His eyelids slipped lower, but suddenly, he realized that he’d forgotten to pick up cherry tomatoes at the grocery store earlier this morning. His head snapped around to the side to have a look at the clock hanging on the north wall. This afternoon, then. It didn’t really matter what time it was, all that matter was the quite serious lack of cherry tomatoes. Severe, even.

He turned the jets off. Curses! Those brats outside were still making godawful noises of merriment. And to top it all off, he’d forgotten to get a fresh towel from the linen closet just outside the bathroom door. He was going to have to dry his body with a used towel. How utterly disgusting.

Everyone at the store would be sure to smell him. They would alienate him in the produce section. He would have to seek out the thrice-damned cherry tomatoes all by himself. Again. This would be yesterday all over again. Just like yesterday, when the thread had worked its way out of the seam of his pants leg and hung there, waving in the wind, for all the world to see.

Agitato briefly considered suicide as an alternative to going out in public. It would be so much easier. But his psychiatrist and his psychologist and his therapist and his counselor all said not to, that it was frowned upon greatly in today’s society. He heaved a long-suffering sigh and drained the jacuzzi.

Yesterday’s towel jeered at him, mocking him for using it twice in a row without washing. Agitato shivered, trying to break free of his compulsion to not wet the hall rug so that he could make his way to the linen closet and get a fresh towel. A fresh towel would be so much better. So much better. Cleaner.

He couldn’t manage it. Maybe next time. He dried his body as roughly as possible, trying to scourge the filthy feeling the towel left on his skin away with pain, but that never worked. Once dry, He threw the towel into the tub to soak up the remainder of the water, hence preventing him from using it again next time, should he happen to forget a fresh towel again. He chuckled at his own cleverness, but quickly scowled again when another squeal of glee drifted in through the window. 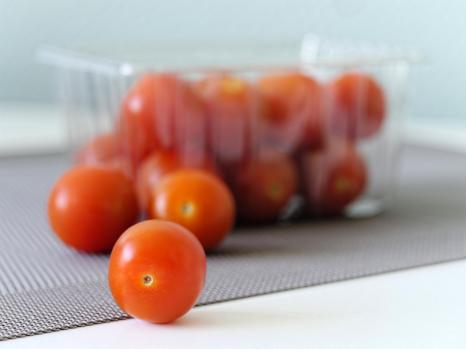 That evening Agitato enjoyed his cherry tomatoes in the bath, daydreaming of the punishments he would dole out to the neighborhood children when next they disturbed his peace and quiet and silky soft skin.

“What on God’s green earth is this crawling brass disaster, Ezekiel?” Brandy exclaimed as soon as she stepped through the front door. “Don’t tell me it lives here now!”

Ezekiel practically tumbled down the stairs in his haste to show off his newest acquisition. “Mom! Isn’t it awesome?”

She couldn’t help but smile at the joy and pride in his tone of voice, in spite of her own horror and disgust. It might be a statue of a pig; at least, it might once have been. Whatever it was, it had been spot welded and modified to within an inch of its life. “You went yard saling this morning, didn’t you, Ezekiel?” 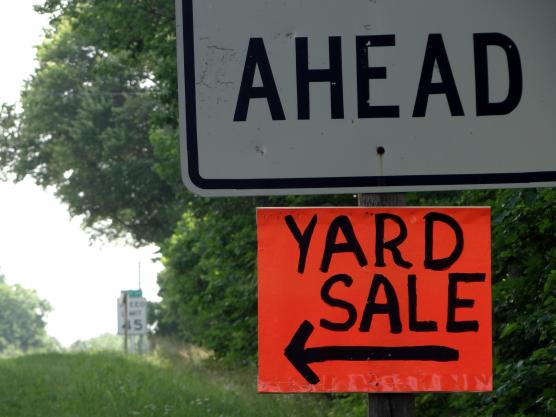 He hung his head in contrition. “Yes, Mom. I know I’m not supposed to go by myself anymore, but just look!” The grin crept back to his face.”Mr. Parks over on Cherry Street found it in his attic and his wife said she wasn’t having it in her house so he didn’t even make me pay for it because nobody else wanted to touch it! I’m gonna name it Seymour.”

Brandy shook her head with resignation. “Name it whatever you want, but it stays in your room. I’m going to put these groceries up. Tacos sound good for dinner?”

Stan peeked out the window, his hair wildly tufted from the long minutes spent hiding in the coat closet, his grubby little fingers gripping the windowsill.

“Is it all clear, Stan?” David whispered from his hiding place beneath the teacher’s desk.

“Yup. The last bus has gone. I think we’re in the clear,” Stan agreed, relaxing his grip and sinking back down to the floor.

David pulled himself out from under the desk and sat up. “So now what do we do? Go upstairs?”

Stan shook his head. “We still have to wait for the custodian to leave, but that should only be a little while longer. Then we’ll be the only ones left in the whole school!”

The pair grinned at each other, wicked in their complicity.

Stan pulled his backpack off one shoulder and around to the front where he could access the zipper. He opened the small pocket and removed two suckers. “Apple or cherry?” He asked his friend, after a brief inspection of the labels.

The boys dropped their wrappers on the floor in unison and popped the lollipops into mouths waiting to be stained red and green.

Stan scrambled to his feet with the sudden realization that he’d forgotten one of the most important parts of his plan. He rushed to lock the classroom door and slap their sign on the window, then quickly duck out of sight before the janitor could notice the real reason room 4B was inaccessible.

Mr Mills tried the door. Fortunately, the school board didn’t pay him well enough to make retrieving the keys from the office worthwhile.

David’s wide eyes tracked Stan’s slide along the wall, away from the door. “I can’t believe you made it!” He cried in a hissing whisper made lispy by the recently-lost incisors. 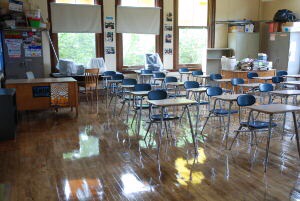 TBP OLWG #34
25 minutes handwritten at work, including one customer interruption. I choose 4!

Be on Your Best Behavior

I have always been appalled by children with atrocious behavior in public.

Look, even before I was a parent, I understood that no conscious child will be an angel every minute of the time they’re in public. I know that. Kids will be bad.

And by the way, please don’t jump down my throat for making that statement. I am unapologetic. I will repeat myself: kids will be bad. I’ll even expand: humans will be bad. It’s a fact of life, so don’t get your feelings hurt over a three letter word. People are jerks.

But kids–kids will not listen, kids will snatch, kids will steal, kids will throw screaming fits while bashing their skulls bloody on the concrete. It happens. I know this, and when these things happen, as long as the parent is not being abusive, I give the commiseration face.

Oh, come on. We all have a commiseration face. It’s that half-smirky one with a shrug that says no, I don’t know how we survived without our parents killing us either. If you haven’t given that face at least once in your life, I’ll bet you’re a real drag at parties. You probably send your salad back because the capers on the side were on the same plate. Yeah. I’m on to you.

But a line does exist, and it’s when that line is crossed that commiseration disappears, to be replaced by shock and disgust.

About two hours ago, I waited in line at a popular dog-mascotted chicken-stripped restaurant in the food court, just trying to get an ice refill. It’s hot standing under those skylights all day, y’all.

As I waited, a small child, four-ish, decided that these help-yourself cups of straws belonged to this counter. That decision was not hers to make. Another patron returned the first cup. As the cups were returned to their rightful counter, the employee pulled them back, out of the little girl’s reach. I returned the second and third, taking the last gently from her grubby little grasp.

“No, sweetie, these stay here.”

I was dumbfounded. Flabbergasted. I was at a loss for words. I wasn’t sure I’d heard her correctly.

At that moment, my mind abruptly switched into valley girl mode. Like, seriously? She said that. She totally told me to shut up. Oh em gee! What do I do?

I went with nothing.

She continued her cup-snatching ways, modified into bear hugging one cup while she circled those of us in line. Finally, she moved on to harass the other end of the counter, which was fortunately a straw-free zone.

Throughout the entire episode, her mother completely ignored her, hands on a double stroller, jaw going ninety-to-nothing chatting with her adult female companion. I don’t know which was the heathen child’s mother, but I promise you, they were identically posed and jabbering.

Ah! My turn at the counter. It was a girl I see almost every day I work, since I tend to consume numerous refills of ice with my water during a shift.

“Oh, you’re welcome. Did you hear her tell me to shut up?”

She nodded, seemingly as confused as I was, and thanked me again. I told her to have a good night. She responded in kind.

We both meant it. False, hollow have-a-good-nights are nearly as rude as repeatedly telling a complete stranger to shut up.