Francesca lay on the floor picking at the seam in the carpet with fingernails gnawed to the quick. She wasn’t getting very far, but she had to keep going. Something was under there–or someone. She could hear him crying when the thunder rolled across the sky in the midst of lightning like a great electric eel.

A sudden thought struck her. She jumped to her feet and ran to her sewing box, dug around until she found the seam ripper, and flopped back down on the floor. For some reason, she knew that she couldn’t just take up the carpet all willy-nilly. It was a gut feeling she couldn’t shake.

Stitch by stitch, the carpet came apart, but it was still glued to the floor with decades of spilled juice and cat urine. Francesca was no gambler, but she would have laid bets that she wasn’t going to get to the source of the sound anytime soon. Her mind worked to find a solution to this problem of madness as it had never worked before.

A small tuft of carpet fuzz lodged itself beneath her collar, and she scratched absentmindedly at her neck. A welt began to rise in response to the bite inflicted by the spider who had been comfortably making his home in the corner. Comfortably, that is, until Francesca decided to pull up her carpet by hand, after years of not properly cleaning it.

She scratched again, more vigorously, but still oblivious to the spreading hives. Soon enough, she fell asleep, never to wake. 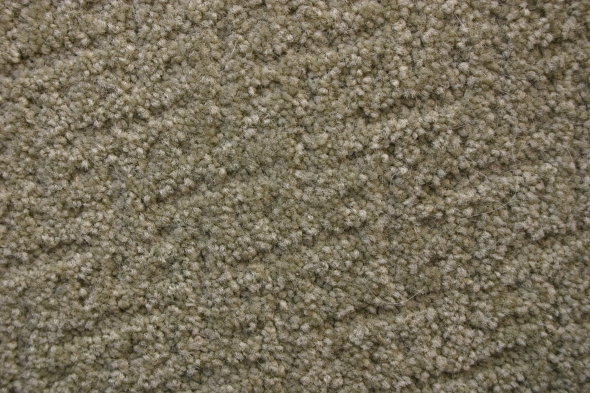 The Four Writing Food Groups: In a moonlit graveyard, a gullible animal trainer runs in to an old flame.

Eric rose from his crouch next to his mother’s grave to take a step closer to the woman he had thought was the love of his life, twenty years ago. He hadn’t seen her since college, when he’d transferred schools to be closer to his family, three months before his mother had passed. He had been working towards a law degree while she studied physical therapy, with a minor in archaeology.

“I’m sorry I didn’t make it to the funeral, Eric,” she whispered, hands clasped at her waist. She wasn’t exactly dressed for late night respect-paying, but Eric wasn’t thinking straight enough to realize that just yet.

He was still speechless at the sight of her, as beautiful as the day he’d first laid eyes on her. “I-It’s okay. I’m sure she knew you had good intentions,” he said. “You know she always liked you, Angelica. Um, how are you?” He was at a loss for conversation.

“I didn’t, though. I had shitty intentions. I wanted you to hurt even more than you already did. I needed you to stay and you left, and I was so angry I couldn’t–” she broke off and looked away, putting her hand to her mouth to stifle a sob.

“Angelica, you knew how sick my mother was, you knew I had to come home, and we talked about it for days. I thought we’d agreed that it was best for us to just go our separate ways,” Eric trailed off in confusion. The picture she seemed to be painting was so different from the one he remembered. “What are you even doing here then? I don’t understand.”

“I followed you here. I just got to town a few hours ago, and I went straight to your house. I waited for you to come out because I didn’t know who else would be there, and I didn’t want to cause any marital problems. You left so late, I wanted to know where you were going, and when you ended up here, I had to let you have some time with your mother. I’m sorry for your loss, Eric, I am, but you lost so much more than your mother that year. You lost yourself, your purpose.” Angelica’s voice was growing more and more heated as she went on.

Eric looked up at the tall woman, head cocked to the side quizzically. “I don’t know what you’re talking about. But no, I’m not married, never have been. I live there alone now; my father died seventeen years ago, but he’d moved to Washington with his new wife. There’s no one here but Mom, and she can’t leave. I never met anyone who could live up to you, Angelica, but why would you show up now, after all this time?” It was beginning to dawn on Eric that Angelica could possibly be somewhat detached from reality; she wasn’t exactly playing with a full deck when they were in school.

She bent at the waist to brush a fallen leaf from a nearby headstone. “Eric, I came because you have another funeral to attend. Our son was killed by a drunk driver two days ago.”

“Our son? But you–why didn’t you ever tell me? All this time–and now he’s gone–I never got to meet him! How could you do this to me?” Eric sank back to the ground in anguish, tears beginning to fall. His thoughts of this being a trick were swept away by a great wave of emotion.

Angelica’s lip curled in a dismissive sneer. “You didn’t deserve to meet my boy. I gave him everything, and you couldn’t even give me the rest of the semester. You ran off to be with your mother, Eric. I tried to tell you that I was pregnant, but you didn’t care, you just cried about your poor sick mother. I decided that you would never have anything to do with him, but now he’s just as dead as your damn mother who caused all of this in the first place. You hurt me, Eric, and now, I’m getting my revenge.” She looked down at the miserable shell Eric had become, and her sneer lifted into a smile, an evil, bewitching smile. “At least he’ll never have to meet your mother. I know my angel went to heaven.”

“Your mother ruined my perfect life! I was going to marry a rich lawyer and be a spoiled trophy wife, but you had to transfer, and then drop out! You were no use to me anymore, because I knew your trust fund wouldn’t last nearly long enough for me. I hope you’re still enjoying living off the interest, Eric.”

Her words were like a slap in the face. Eric closed his eyes so he wouldn’t have to watch her walk away, the crazy bitch.

She turned to stalk away in her high heels, final words delivered, but on her second step she caught her foot in a fallen wreath and tripped, falling directly into an open grave that was waiting for its permanent resident.

Eric lifted his head at the sound her body made hitting the dirt, and saw no sign of her. He stood, and scanned the cemetery. A low moan coaxed him to the right spot, and he stood at the edge, looking down on Angelica for a change.

Her right arm and both legs were obviously broken, sticking out from her body at such unnatural angles anyone would recognize the problem. Her offending shoe had come off and was still tangled in the wreath on the ground next to the open grave. Eric bent to remove the shoe from its entrapment and tossed it into the grave, where it landed next to Angelica’s head. She moaned once more, softer than before, and then fell silent.

“I don’t believe you, Angelica. You’re a hateful person, and I hate myself for ever loving you. I can’t believe you came all this way to lie to me, but now everything makes sense. You were only with me for the money, but guess what, Angelica. I spent it all on Mom’s medical bills, and the little that was left Dad took to pay for his second wedding to a girl younger than I was. Yeah, I dropped out of law school, and now I train dogs, Angelica, dogs. I teach them to sit and stay and play dead, and now, you can do all three. I hope you rot in hell, darling.”

And with that soliloquy fading into the night air, Eric replaced the wreath Angelica had tripped over and left. He never slept sounder than he did that night.

The next morning Angelica was famous, something she had probably always wanted, Eric mused to himself over coffee.