We’re at the Verizon Arena in North Little Rock tonight for Carly Rae Jepsen and Katy Perry; it’s a new experience being the average age in a crowd of concert-goers. We’re usually the youngest people, like at Peter Frampton.

The couple in the seats in front of us have just arrived; it’s forty-five minutes to showtime. I feel so grown up and got-my-shit-together looking at them. Their iPhones are our iPhones’ great-great-grandparents.

And they just asked us to take a picture of them so I cannot possibly talk shit about them. They’re too cute. She has a darling ribbon rosette jacket over a black and white dress. He has a man bun, black plastic-framed glasses, and a neatly trimmed stage between five o’clock shadow and actual beard.

The couple behind us is supposed to be seated on our row, but they’re old and are still learning how to work smartphones. Someone will figure it out eventually.

There are so many blinking purple and red kitty cat ears in the audience. It’s going to be awesome when they turn the lights down.I have never seen such generous portions of chicken strips at a concessions stand. And funnel cakes that look like pies.

A girl two rows down has no qualms about showing all of us behind her nudes as she scrolls through her photos.

Thirty minutes to showtime. I am so stoked for all the little girls here that are so excited they’re about to burst.

I just photobombed the cute couple in front of us. It was an accident. We all laughed about it.

I’ll let you know how the concert is.

Y’all, I’m so excited for our vacation next week. I’m gonna have so much cool stuff to show you! In four days we’ll be seeing Tom Petty. 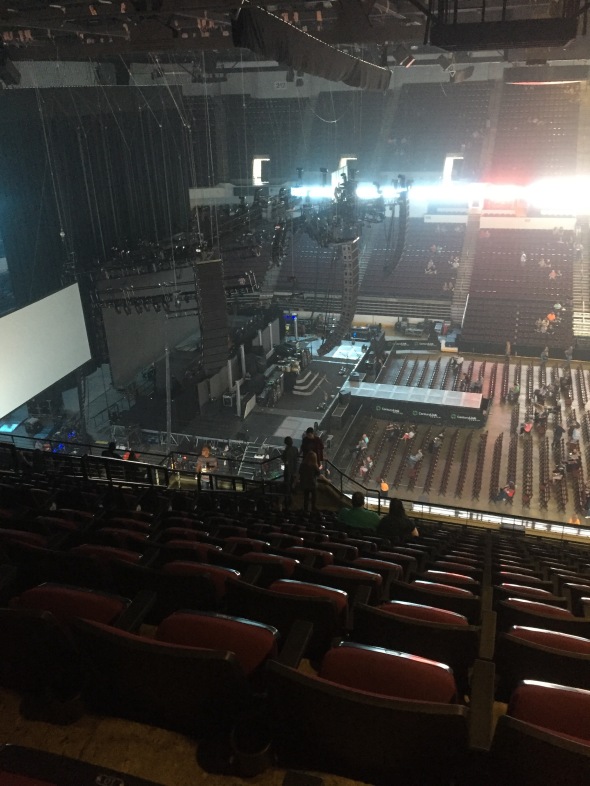 Freddie Mercury mustache. Cross necklace. Strawberry margarita. His legs are too long for the seating here, and his knees stick up like bunny ears. His girlfriend’s ombré hair is chopping layered.

He is impressively rotund in his denim overalls, but he made it safely to the stop of the stairs. Not even breathing heavily. Good job, man.

She’s short and skinny, in a tiny miniskirt. Her purse is huge and nearly hidden behind the enormous canvas bag. She’s ignoring the signs and announcements: those are both far too large to bring into the venue, lady.

He struggles into his brand spanking new $40 Def Leppard shirt in his seat. Once it’s over his head, he tugs it down his back and settles into the seat to wait for the show to begin.

Aren’t they cute, taking selfies before the lights go down. So young and fresh faced, the both of them. I bought Adrenalize with babysitting money when I was nearly their age.

Prom with The Moulin Dudes

I had a fantastic time last night. My husband says that every year I say the same thing, that this was the best birthday ever, but it’s always true!

We got all dolled up and started the night off with a Kajun Pizza, where our order number seemed to be a good omen, seeing as how it’s the Answer to Life, the Universe, and Everything.

Then we hit the road to head to the show.

We haven’t been to any concert in years, or even downtown for the nightlife. The last time I’d been to this particular venue was about ten years and two or three owners ago.

We went in, and almost immediately saw our friend Ben, the guitarist and vocalist. It was so good to see him again! He’s a great guy, and tons of fun on a road trip, especially driving in dense fog at 3 am. We spent a few minutes catching up, then Ben had to get ready for the show, so we milled around, waited in line and took a prom picture, and signed up for the king and queen contest. 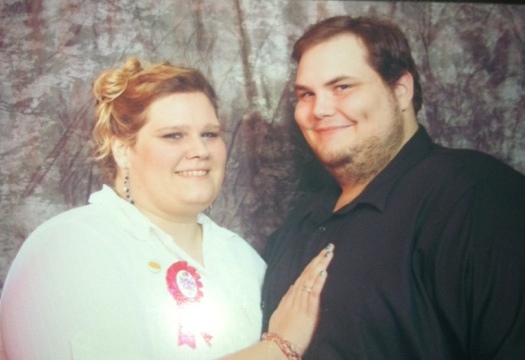 Of course, I had the best-looking date.

We moseyed on past the stage area and found some seats by the back bar. I’m so glad I was feeling better and able to go and actually enjoy the show, but there’s no way I would have been able to be on my feet for five hours yet.

Trepid opened the show. Their frontwoman, Melissa, had on a gorgeous green halter prom dress, and ended up winning queen later on. They put on a good show, and I particularly enjoyed the cover of Stone Temple Pilot’s ‘Dead and Bloated.’

The Moulin Dudes came downstairs to mingle before they went on, and I got a big birthday hug from Fifi Appletini, the greatest entertainer the world has ever known!

They got on stage and started their set, and it was awesome. I loved every minute of it! They looked great, they sounded great, they were so entertaining! Plus, they sang Happy Birthday to me. They covered Heart, Adele, 4 Non Blondes, No Doubt, and many more, but I think my favorite was Cher’s ‘If I Could Turn Back Time.’

I truly, truly enjoyed my entire evening, and I can’t express enough how grateful I am to my husband and friends for ensuring that. And I felt so young and reckless waking up this morning with raccoon eyes and a stamp on my wrist!

I’m definitely catching the next show.