“Crying won’t help you, just shut your damn face,” she screamed down the stairs without bothering to round the corner and check on the children.

This was not an unusual occurrence; in fact, the children had already spent their combined eleven years of existence avoiding their own trouble without the assistance of the mother who didn’t care whether or not they survived.

Christina’s spindly little legs quivered as she pushed the chair against the side of the counter with all her might. She was determined not to let her little brother Charlie fall. He was only concerned with whether or not he was going to be able to reach the Cream of Wheat, and determining whether or not the three of them would eat today.

Carlotta was almost two; she was the one hungrily crying the corner of the kitchen. Neither of the big kids had been able to reach any food yesterday, and their current father figure had yet to return from his latest ‘business trip.’

“Come down for a minute, Charlie,” Christina called. “I’m going to see if I can stack that phone book on top so you can reach it. Hold on, Carlotta, it’s gonna be okay, I promise. Here, Charlie, use my hand.” Christina was quite the director of schemes for only having just turned five last month.

Charlie stepped atop the phone book that Christina had discovered the night before, and his fingertips brushed the corner of the orange box. “I can almost get it, Chrissy. Almost…got it!” His voice overflowed with delight and pride. Christina caught the box when it slipped from his tiny grasp, and she sighed with relief that it hadn’t hit the floor and burst.

Charlie jumped down and danced over to Carlotta, who he swung up into the air with all the strength he had. “See, we told you it would be okay, baby girl.”

Christina was already filling their bowls with water and Cream of Wheat, prefatory to putting them in the microwave. She was still too young and inexperienced to wonder why the food would be locked away or placed too high for tiny hands to reach when the microwave and oven were perfectly reachable.

The creak of a footstep on the stairs, and all three faces dropped, their eyes widening in fear.

It was their mother.

“Well, isn’t this delightful?” She asked, rhetorically. “Who said you could have my cereal, you little shits?” She bent at the waist, leaning forward to sneer in their faces. “Because I sure didn’t. And your daddy’s still out with his whores.” She straightened back up and crossed her arms, angular elbows framing pointed breasts.

Carlotta took the moment of silence and began her wail anew. Christina’s eyes grew even wider, a nearly impossible feat, and she quickly reached over to cover her sister’s mouth.

It wasn’t soon enough, and their mother took affront as never before, swiping the box off the counter and tearing open the microwave.

“So you want to eat this? You want to eat, you screaming little bastards?” She swept the bowls from the microwave, smashing them against the cabinet door behind the children. The only saving grace was that Christina didn’t have the chance to start the microwave, so the bowls and their contents were still lukewarm .

Carlotta stopped crying, and Christina thanked the powers that be for that, at least.

Stan and David rested for a few minutes, recovering from their close call with the janitor and finishing their suckers together in silence. David was the first to crunch the last bit of candy from his stick and stand up, brushing the dust from his school uniform.

“Is it time yet? Mr Mills is gone home for sure by now,” he said, hopefully.

Stan nodded and chewed up the last of his own cherry-red lollipop. “Don’t forget your backpack,” he reminded his friend.

David scooped up his bag as they headed for the classroom door. The soft snick of the lock disengaging was the only sound to be heard aside from their rapid breathing. Their excitement was a nearly palpable presence in the air.

“C’mon, David, it’s this way,” Stan beckoned him to the right, down the hallway away from the front doors of the school.

David stayed close behind, not wanting to take the slightest chance of missing out on any part of the adventure they had planned. Stan stopped abruptly in front of an unlabeled door, and David nearly ran him over in his haste.

“I thought this was a broom closet or something,” David remarked.

“Nope. Check it out.” Stan wiggled the doorknob at just the right angle, and it unlatched, allowing the door to swing wide, revealing a stainless steel ladder bolted to the wall.

“I told you it was awesome.’ Stan smirked to himself before stepping into the closet of a room and starting up the ladder, David on his heels.

It felt like they climbed for hours, but about only minutes later, Stan pushed open the heavy door above them, and he nearly fell off the ladder, taking David with him, when it slammed open onto the roof, letting the sunlight stream in.

The two boys scrambled out of the hole in the ceiling and stood up to look around.

“I can see the whole town from up here!” David exclaimed.

“Look over there!” Stan pointed. “It’s your house.”

They spent at least half an hour seeking out sights to show each other, buildings and landmarks that they’d known since birth, but only from ground level. Everything looked so different from the grand height of three whole stories.

Finally tiring of that game, the boys took off their backpacks and used them as pillows to lie on their backs and find pictures in the cloudscapes above.

Which is where they fell sound asleep, and where the police found them, hours later. 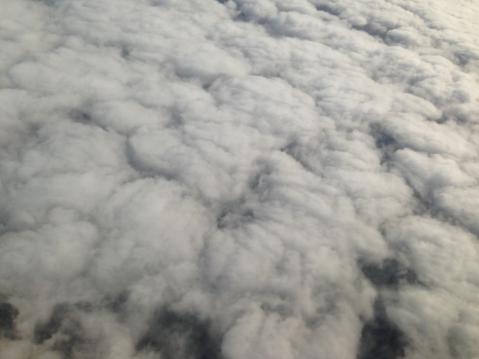 The first was a girl, about ten. She slowly exited the shoe store behind me, alone. She looked left and right, back and forth. No sense of urgency quickened her movements.

She chose to begin her search to the right. A few minutes later she passed back by, hand in hand with a security guard, still nonchalant.

They stopped at Best Buy and talked to an employee for a moment. It wasn’t long before a woman I assumed to be her mother arrived, walking purposefully and talking on her cellphone. She was noticeably irritated, but showed restraint until the security guard gave the girl a quick hug and went about her business elsewhere in the mall.

Once the uniformed authority figure was out of sight, however, the mother began to loudly berate her daughter, phone still at her face, clutching her child’s arm with fingers curved into painful claws, dragging the girl along behind her.

I saw no fear in the girl’s eyes, only resignation.

I recognized myself in those eyes.

The second was a boy, about seven years old. I saw him walking slowly by himself, and I hadn’t seen anyone with
whom he should have been in the last few clumps of consumers. As he neared, I watched his eyes widen and his panic rise.

When he was close enough, I asked him kindly if he was lost, already knowing the answer. He flinched and darted away like a feral cat. I let him go.

I looked around for his parents or security, but saw neither. I fixed his description in my mind for security or police, whoever I saw first, but his mother beat them both.

She clutched her blouse tightly over her breastbone, her eyes brimming with tears, and she moved as quickly as possible without breaking into a run.

I caught her and asked if she was looking for a boy in a yellow striped shirt. Her shaking voice said the words along with me, so I pointed her in the right direction and saw them embrace fifty feet from me.

I witnessed no screaming, only mutual joy at their reunion.

And I recognized my siblings.