I wonder if that’s what all the screaming was about.

A Bump in the Night

Perry tried to breathe as quietly as possible in his bed; the monster might hear him and come out of his closet.

He had the covers pulled up to his nose, resting on his upper lip, and tucked in tightly all the way around his body. His small frame shuddered as he dared to think about what the closet monster could do to him.

Was that faint sound its claws tick-tacking on the hardwood floor? The covers inched past Perry’s nose. His eyes widened with fear.

He pulled the covers over his head, and a soft weight jostled him. It was on top of the covers. Perry stifled a scream.

Small rhythmic vibrations roused his curiosity, and since he hadn’t been murdered yet, Perry dared take a peek at the foot of his bed.

No monsters, only his cat Harold. 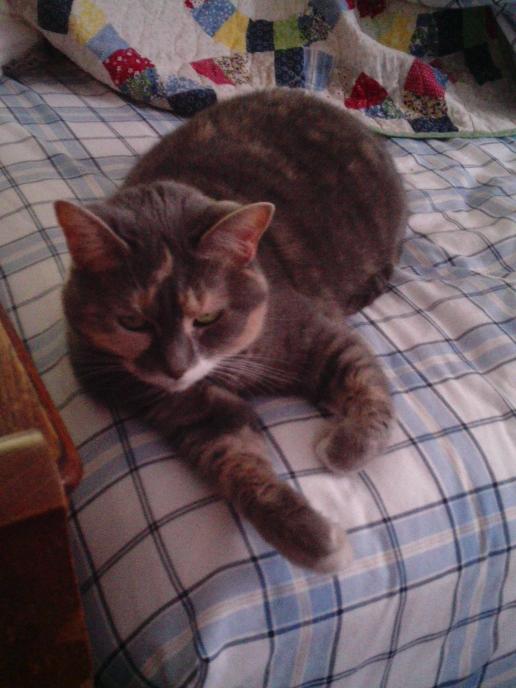 Phil peeked around the corner to see if it was still there.

It was still there.

A figure lying in wait for him if he dared go around the corner alone. He was only six, and he knew better than to cross the street without holding someone’s hand, but he’d gone and done it anyway. Spitefully. His mother told him and told him all the horror stories about children being stolen away when they didn’t listen to their mothers, but had he listened? Of course not.

But all he wanted was to ride the swing at the park. His mother was busy cooking dinner and refused to take him, so he’d opened up the door quietly, so quietly, and slipped out by himself. He played for so long that all the other children were long gone with their families, probably eating dinner and getting ready for bed by now.

Phil imagined that his mother called for him until she was hoarse, and that now she was crying, rocking in her chair. His father was away on a business trip, and Phil wondered if he would come home early if Phil was missing. Probably not.

It was so late, so far past dinnertime that Phil grabbed at his stomach as it growled in hunger. He wanted to go home so badly. This was a poor decision, and he knew it. Still, swings. Phil loved the swings.

He rummaged around under the picnic tables to see if anyone had dropped any snacks and came up empty-handed.

One last try. He leaned around the side of the building with the bathrooms, but it was still there. Phil sniffled a bit as the tears began to set in. He was so sorry for not listening to his mother. So sorry. He took a deep breath and brushed the first tear away with a small grubby fist. He had to make a break for it. It was going to be rough, but if he did it, he’d be home in no time.

Phil took off running past the monster, but he only made it four steps before he tripped on his shoelace and fell face-first onto the hard concrete walkway. One day he would learn to tie his shoes. He cried out in pain, reaching up to feel how much blood was pouring from his face. In truth, it was more than enough blood to warrant panic, but Phil actually felt much better when he looked to his left at the monster.

He almost laughed aloud at himself. It wasn’t a monster at all; it merely looked like one in the shadows and fading light. It was an overflowing trash can. And that claw that Phil feared was outstretched waiting to tear out his throat? It was nothing more than a rusty old nail.

Phil stood up without even brushing off his wood-chip-coated knees. He laughed at his younger self, because now he didn’t believe in monsters anyway. He ran home, where his mother was so happy to see him that she cleaned him up without a word and sat him at the table for a lovely dinner of meatloaf and mashed potatoes, his favorite.

I have no idea what my time was; I had a household emergency in the middle. It’s all good now, though.