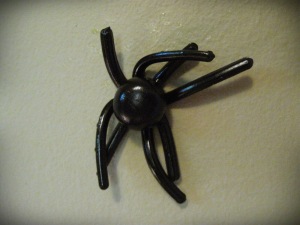 I know everybody’s story is more interesting than mine, but it’s been so long, I feel like I have to get this off my chest. I miss her so much now, and some nights, she’s the only thing I can think about when I’m lying in bed awake. So you can listen, or you can not, it don’t bother me either way. I just have to tell it, is all. Here goes.

I first saw her on the midway, one Saturday night probably twenty-four, twenty-five years ago. I’d been working with the carnival for just about two years then, and while it hadn’t gotten old yet, I could see that coming round the corner, not too far off now. I’ve always been one to need new experiences, and while some of you think that carnies have it made, it’s still the same thing, day in and day out, same people, same job, and same marks, just with little bit different faces.

But I’m trying to tell you about her, about what she meant to me that one precious day. I know I get off track, but I just miss her so damn much, still. I was working the milk bottle game, trying to scam some marks out of their money because that was my job, not because I’m that kind of person. I always hated that part of the job, but I loved it at the same time. It’s power, you know? I couldn’t lie to her, though.

She walked up with a couple friends and I knew she was alone, because the other two were holding hands and sucking face every chance they got. She was tall, and tan, and beautiful. And when she smiled at me she blew away every overcast day I could remember, her smile was that bright. Ponytail and no makeup and cutoff blue jean shorts, but not so short that people would judge her on sight.

I remember the one lonely brown curl stuck to her neck with sweat from the heat of the day. Laid against her skin like that’s where it belonged, and the sweat not taking anything away from how beautiful she was. I couldn’t imagine her sweat having any kind of bad smell, but I remember I got so aware of my dirty carny clothes and my own sweaty stink. I don’t think she noticed, though.

She came right up and laid her five down for her three balls. I fumbled setting them on the rail for her, and that earned me another half a smile, which was worth more to me than any amount of green paper. I stepped back to let her take her shots, and she missed, all three. Didn’t even touch a bottle. She laughed, and the music in that laugh made me smile like I haven’t since. Not once since then.

Nothing measured up to her.

Somehow I was able to talk to her, and I told her to give it one more shot, on the house. I handed her the ball, and when her finger brushed against mine I knew she was the one for me. She thanked me, and gave it her best, and I’ll be damned if she didn’t knock ’em all down with that shot, something that should have been damn near impossible. It wasn’t my first go-round, and I knew how to set those bottles up right, but she did it. I think she loved my confusion more than she was excited about the prize she won, because she took that giant green bear and held it against her hip without another glance at it. She kept her eyes on me. Lord knows I couldn’t take my eyes off her.

“What’s your name?” she asked me, still smiling.

When I told her it was Roger, she made a face like she was filing that name away somewhere special in her head, and she caught the bear in the crook of her arm as she reached into her pocket and pulled out a pen. She took my hand off the rail and flipped it over to write her number on my palm. I caught my breath as she leaned in to to put her lips right next to my ear.

“Call me tonight,” she whispered. “I know you; you’re everything that I am. Call me.”

She winked at me as she squeezed my hand before setting it back where it was on the rail, and interrupted her face-sucking friends to drag them off to the Gravitron.

I tried to call her that night; I tried over and over, but I never got anything more than a busy signal. I was for sure that she had to know her phone was off the hook, that she’d come back to see me again, that she’d send her friend back, something, anything. Nothing, that whole next day. I was in misery.

And the very next morning, she made the front page of the paper. Those face-sucking friends of hers had driven the three of them off a bad curve, rolled the car, and lost all of their lives. That was it for me; I walked off the midway that minute and never looked back. I caught the next train I saw rolling down the tracks and lived the hobo lifestyle for a few months before I found a place that almost didn’t remind me of her.

And ever since then it’s been the same. I can’t stay anywhere for too long without starting to hear the tune of her laughter, without glimpsing that bright shining glow of her smile. She was the one for me, and I lost her before I even had her. I know there’s nothing that I could have done, but I still blame myself for losing her.