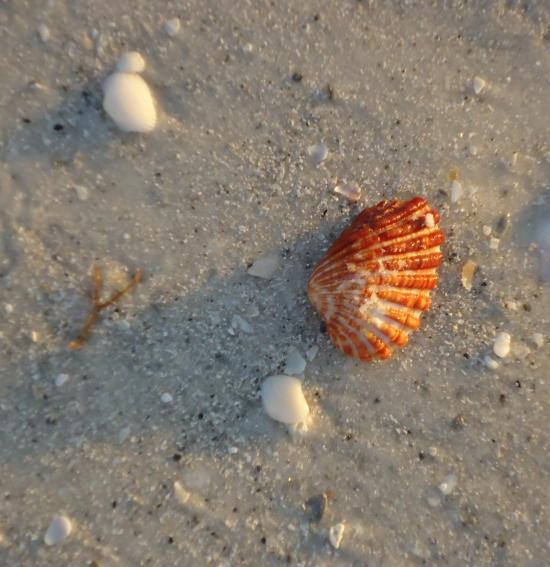 She sank down to her knees in the sand, and then fell to her left, reaching to hold her legs against her body, for steadiness or warmth or some unfathomable reason. The tears streamed down her cheeks as she looked up at the clouds sliding across the sky.

“I can’t remember what color his eyes were,” she sobbed.

“To vacation!” Marion corrected him.

Marlon laughed and nodded at her as he took a long sip from his glass, nosing the paper umbrella out of the way. “Remember that time your parents took us to Disneyland and the pilot invited us into the cockpit to have a look, because we were seven and what seven-year-old wouldn’t love that? This island reminds me of that trip. Isn’t that weird?”

Marion set her drink down on the bar. “It should sound weird, but it’s not. Now that’s weird. I was thinking of the same trip just now, although probably for a completely different reason.” She gestured towards a couple having an argument between the bar and the beach. “Those two remind me of my parents. So loveless, not a thought for the chase anymore, only for the end of their marriage.”

“Wow.” Marlon took another heavy slug from his glass. “That’s almost a sobering thought.” He winked at Marion. “But we’re on vacation, girl, there’s no need to dredge up painful memories. I know your parents had their problems, but everyone does. Except us, except today. Bartender?”

The bartender looked their way, and Marlon waved his near-empty glass. The bartender nodded as Marlon raised a peace sign in his direction. Within seconds, the second round was in front of the pair of old friends.

Marion added her first straw to the second glass, and stirred thoughtfully. “I know we’re on vacation, Mar, but I can’t help but think about all the bad things that we’re missing back at home. All the annoyance that’s waiting on us when we get back to work.” She twitched the hem of her white tennis skirt into a straight line across her knees. “The Huntress is going to have it in for us for coming back with a tan when she’s been stuck there, you know that.”

“I don’t know why she has that nickname. It doesn’t make any sense. She doesn’t hunt, she has all her intel brought to her by the office snitch. And besides, it’s her own fault she doesn’t use her vacation time properly. Drink up.” Marlon led by example and waved the bartender down again.

Marion shrugged and finished off her second drink. “Ouch!” Her hand flew to her forehead. “Sorry, brain freeze.” She squinted at Marlon. “Whew, it’s gone now. Where’s the next round?”

He laughed as the bartender set another pair of glasses before them. “It’s right here. Toast!” He raised his glass.

Marion matched his pose. “What are we drinking to this time?” she asked.

“To sunlight, to sea air, to beach life…to freedom from fax machines and rolling chairs and mail room clerks eager to get in someone’s pants. To drinking!” Marlon smiled broadly, and Marion couldn’t help but leave her worries behind and join his frivolity. 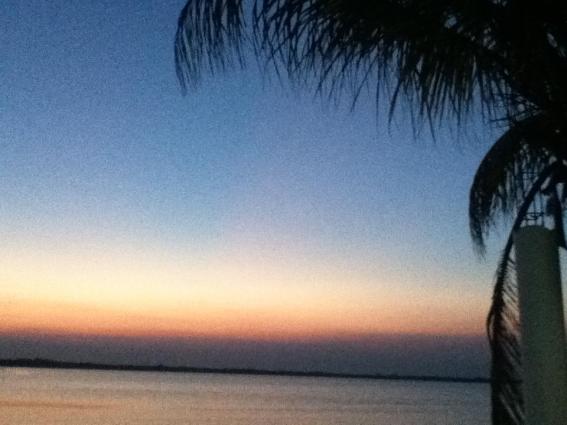 Envy at the Water’s Edge

I watched out my window. The couple was walking on the beach again.

I watched them every day. Almost every day. Sometimes, like when it rained, they didn’t show.

But mostly, yeah, every day.

I wish that could be me, in a way.

I think that I wish that I wish it could be me. I don’t really want it badly enough to actually wish it, but it would be nice to have that option instead of what I do have.

I have these four walls.

I know that it’s a choice. I’m not physically trapped. I’m not a captive of anything but my own fear. See? I can be as rational as the next agoraphobic.

I don’t wish anything. It’s too unpredictable out there. I don’t understand how everyone else in the world has such profound faith in gravity. How do you know it won’t just switch off while you’re out there with nothing to catch you, nothing to keep you from falling into forever?

It’s safer to stay inside. My fear is my shield from uncertain death.

I don’t want to fall forever.

I think it might be time for my pill. They’re walking back now.