Dorothy cautiously sniffed the air. The vaguest hint of an offensive odor tickled her nostrils, but she couldn’t quite place it. It was the craziest thing, though, for some reason, it reminded her of sugar cookies. She shrugged and retreated back into her bedroom for a reprieve.

She napped fitfully for about an hour and a half before she heard her sister Lyra’s deathtrap of a car rattle into her driveway. She always hounded Lyra to buy a new car and get it over with, but Lyra shrugged it off, preferring, she said, to keep the car she’d owned for eighteen years because even though its behavior is erratic, it’s like family. Dorothy often considered having the rust-bucket towed, but out of love for her sister, never followed through.

Lyra pounded on the door with her closed fist. Cop-knocker, thought Dorothy. The thought felt silvery-blue and wholesome. When Dorothy sat up she remembered the strange smell in the rest of the house, but she blocked her nose to it and went to let Lyra in.

“What’s that amazing smell?” Lyra asked, before even setting foot inside.

Dorothy raised an eyebrow. “It’s not amazing, and I don’t know,” she answered. “What on God’s green earth is wrong with your nose? It’s horrible. I’m thinking about moving.”

“But it smells just like Grandma’s sugar cookies,” Lyra protested. “How can you call that horrible? I mean, her cookies weren’t the best, but her house sure was. Remember that time you hid in the attic and fell asleep and we spent six hours looking for you?”

Dorothy chuckled. “I’d forgotten about that! Mom wanted to call the cops so bad, but Grandma gave her a Valium and sent her to bed. She knew I hadn’t gone far because I wasn’t tall enough to reach the chain locks on the doors.”

“Anyway, smell or no smell, you’re not ready to go. I’ll just sit on the couch while you finish up. Were you sleeping? Those look like pillow marks on your face.” Lyra was talking as she rounded the corner and plopped down on the couch. 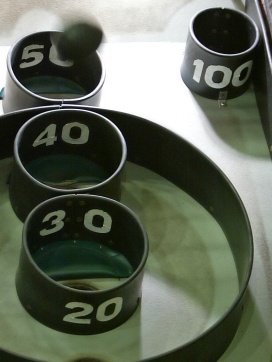 “No, not sleeping, exactly. I’ll be done in a sec,” Dorothy promised, and returned to her bedroom for mascara and shoes. In precisely seventy-one seconds, Dorothy came back out, slammed her bedroom door to signal Lyra that she was ready to go, and stood by the front door, tapping her foot and waiting for Lyra to come on already.

“It’s just that smell,” answered Dorothy. “It’s gotten under my skin, and I have to get away from it. Let’s roll.”