Here’s my submission to Kleroteria:

Clara’s pointy toed shoes tapped a warning to her coworkers; she was in a bad mood, and her walk reflected that. Every cubicle she passed contained someone typing industriously, scanning a sheaf of printout, or making an important phone call.

The problem wasn’t her mood, it was her hyper-criticality on days like these. Anyone caught slacking knew they’d be in for a dressing-down like no other.

Clara’s office door slammed behind her, and the whispering began. Everyone was dying to know the cause. Was it her mother again? Had she and Brian finally broken up? Or was it as boring as the time she fired Stephen over the barista sweetening her coffee?

Clara sat behind her desk, staring into space. She knew the whole office was talking about her. She wasn’t an idiot, for chrissake. She knew she was harder on them when she was going through a tough time, but by god, all they had to do was be competent.

It was neither her mother nor her boyfriend, and her coffee remained as dark and bitter as her soul. Nothing out of the ordinary had happened. Clara herself had no idea what was wrong with her, only that she’d woken up this way.

She pushed herself away from the desk and spun to look out the window. She crossed her arms and stared up at the wisps of whiteness streaking the sky.

Even in her black mood, Clara was able to admit to herself that the current team was possibly the best she’d ever supervised. If she left her office and started firing people over dirty fingernails and insignificant typos, she might actually have to answer to the big boss for her actions this time. She blew out a sharp breath through her nostrils.

She put her coat on as she stood and grabbed her bag.

Pointy toed shoes echoed all the way to the elevator, and when the doors slid closed behind her, the team breathed a collective sigh of relief. It was pretty great to have a boss who knew when she was going to be too much of a hardass.

It’ll All Work Out

The thought chased its own tail through all the mazes of Andi’s mind, repeating itself relentlessly as it gnawed at her morale. Out loud, however, she simply chanted the numbers.

“One hundred!!” The triumph in her voice was palpable, and she eased herself to the ground, unable to do one more push-up if her life depended on it. She had every right to be proud; she’d gone from nine to one hundred push-ups in less than seven weeks.

The goal was arbitrary; she’d plucked it out of the air a few days after Thanksgiving when she realized that her favorite pair of jeans no longer buttoned. Andi hadn’t told a soul about what she was doing, but a couple of her closest friends and coworkers noticed that she was holding her head up a little higher these days.

The best part? Andi’s ex, who unfortunately worked in her building–thankfully on another floor–was on paternity leave after the birth of his first child with his new wife, for whom he’d dumped Andi less than a year ago. Daniel had no idea that Andi was undertaking this journey of self-discovery, and he certainly had no idea that she had finally found her way out of pining for him.

She chuckled, still face down on the carpet. He’s going to expect me to still be in love with him, but I’m finally in love with myself. It’s going to be a glorious new year!

Andi rolled over and spread her arms, stretching as far as she could reach. It felt good to achieve, and it felt great to achieve for herself. She chuckled again, thinking how proud her sister would be. Her sister, who always said that Daniel was all wrong for her. Well, she was right, after all.

She closed her eyes and reveled in her victory.

The Neighbor Dogs are Barking

When she leaned down to retrieve her bag from the passenger floorboard she caught a glimpse of movement in the side mirror. She smiled crookedly as she opened the door, waiting for him to wrap his arms around her, holding her close in that special way that kept her warm in the cold northern nights.

He didn’t, and she turned around, a question on her face. He wasn’t there at all. The movement must have been more of the falling leaves that blanketed the ground as far as she could see, except for her pair of tire tracks weaving among the trees.

She swallowed the lump in her throat and slammed the car door. A tear tracked its way down her left cheek as she stepped carefully around to the back of the truck to gather the grocery bags. Some days, it felt like he’d been gone at least a hundred years, and some days like he had just stepped outside for a quick smoke.

Two bags swinging softly in each hand, she trekked through the yard and onto the front porch, where she spun once, scanning the acres between her steps and the long dirt road to nowhere.

She sniffed, and rubbed the tear from her face with the back of her hand.

As she unpacked the groceries she realized that she’d bought his favorites once again: mac and cheese and those stupidly expensive all-beef bun-length hot dogs. She left everything where it was on the kitchen counter and walked, head down, to their–her–bedroom to throw herself down on the mattress and sob and sob and sob until she was red and puffy.

It was the next morning when she woke with swollen eyes and a throbbing headache. She opened her eyes and stared at the thin strip of sunlight tapering across the wallpaper next to the bathroom door.

His voice echoed in her head, “just where it gets in my eyes when I try to shave.”

She closed her own eyes again, squeezing them until all she saw was the brilliant kaleidoscope of pressure on her optic nerves. This time, when she opened her eyes, his presence was completely gone.

She kicked off her shoes and went downstairs to finish putting the food away, but had to stop and laugh at the wreck the neighbor’s dog had made of her kitchen. She knew it was old Rider; the devil was lying underneath her kitchen table, tongue hanging out on the floor, shreds of fancy hot dog wrapper scattered around his swollen gut.

“I didn’t give the front door that extra push, did I, boy?” She laughed again, louder. “I forgot how poorly you resist temptation.”

Rider startled awake at the sound of her voice, and began to scramble guiltily to his feet, but she knelt to scratch behind his ears.

Today kicks off NaNoWriMo, and I’m participating this year because I have waaay too much stuff going on in my life to not take on a major project to distract myself.

I tell you what, I’m super sick of doctors and specialists.

Anyway, I asked Ian for an idea yesterday because I couldn’t make up my mind between the two ideas I had for this year’s NaNo.

So quick survey, should I write it offline, or should I make a new blog for Norman the Mole Boy and his adventures in life, love, and the underground?

P.S. I’m aprilvak on NaNo’s website if anyone needs another buddy.

I sat on the old brown leather couch and tried not to move, as the poor thing creaked and squealed with the slightest twitch. I’d never been to Peter’s apartment before; it was the kind of place that girls ‘like me’ didn’t frequent. Peter was more…dirty than that. As in with filth, not just pervy.

I could hear him in the kitchen talking to his roommate, sharing a recipe for butter noodles or splitting up a bag of potato chips, who fucking knew. When I’d met the roommate, he winked at me and told me to call him ‘Vegas’ for some ungodly reason. Vegas was fifty if he was a day. I had no idea what his real name was, but I didn’t really care to know.

I shuddered, and the crusty old couch echoed my sentiments.

I remembered the camping trip my father took me on when I was ten. The one where we found a body in the desert, his intestines pulled from a hole in his stomach and tied to the branch of a creosote bush. I’m pretty sure that was the day that I changed from a normal kid with normal potential to something fortunately rarer, something darker. 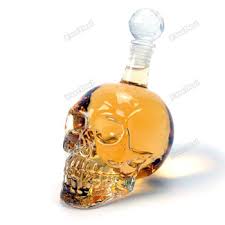 But back to Peter. He had cheap whiskey, but he had expensive coke. I’m fine either way, but Peter wasn’t. We retired to his bedroom as Vegas retired to his own, and commenced to getting shitfaced. Peter didn’t even finish the whiskey, from a bottle shaped like a human skull, before passing out. More of a gentleman than I’d expected, though: he didn’t even try to cop a feel once he got me in his bedroom. He actually just wanted to talk.

I don’t care about talking, but I’ll listen to you if that’s what you want, if what you’ve got is good enough for me. Anyway, I said Peter was an old man, but I guess he was thirty or so. Not really old in the grand scale of things, but he’d been rode hard and put up wet, so ‘old man’ suited him.

I listened to him snore for about five minutes before I gathered up all the coke and the money that I’d seen stashed in his underwear drawer, of all places. Jeez, Peter, can’t you be a tiny bit original? I shrugged, not really caring.

I listened at the door for any noises that might tell me what Vegas was doing and whether or not he was going to prevent me making a clean getaway. When I couldn’t hear anything, I opened the door and gently closed it behind me. I snagged my jacket from the back of the couch on my way to the front door, and that’s when the yelling started.

I jumped, fearing the worst, but it turned out to be your everyday smidgen of domestic violence in the apartment down the hall. None of my business. Two flights of stairs and I was clean gone, free to live another night  doing whatever the fuck I wanted.