Clara’s pointy toed shoes tapped a warning to her coworkers; she was in a bad mood, and her walk reflected that. Every cubicle she passed contained someone typing industriously, scanning a sheaf of printout, or making an important phone call.

The problem wasn’t her mood, it was her hyper-criticality on days like these. Anyone caught slacking knew they’d be in for a dressing-down like no other.

Clara’s office door slammed behind her, and the whispering began. Everyone was dying to know the cause. Was it her mother again? Had she and Brian finally broken up? Or was it as boring as the time she fired Stephen over the barista sweetening her coffee?

Clara sat behind her desk, staring into space. She knew the whole office was talking about her. She wasn’t an idiot, for chrissake. She knew she was harder on them when she was going through a tough time, but by god, all they had to do was be competent.

It was neither her mother nor her boyfriend, and her coffee remained as dark and bitter as her soul. Nothing out of the ordinary had happened. Clara herself had no idea what was wrong with her, only that she’d woken up this way.

She pushed herself away from the desk and spun to look out the window. She crossed her arms and stared up at the wisps of whiteness streaking the sky.

Even in her black mood, Clara was able to admit to herself that the current team was possibly the best she’d ever supervised. If she left her office and started firing people over dirty fingernails and insignificant typos, she might actually have to answer to the big boss for her actions this time. She blew out a sharp breath through her nostrils.

She put her coat on as she stood and grabbed her bag.

Pointy toed shoes echoed all the way to the elevator, and when the doors slid closed behind her, the team breathed a collective sigh of relief. It was pretty great to have a boss who knew when she was going to be too much of a hardass.

I’ve been slacking on my blog stuff, but lemme give you this public service announcement for people who menstruate.

If at all possible, schedule surgery as far away from cycle day one as you can. I was back on pain meds like I just woke up from anesthesia. It was horrible. I hate you so much, estrogen.

Also, my sweetie ordered me a present from Amazon. It’s a handy dandy pulse oximeter on a lanyard, so if I start huffing and puffing I can check my oxygen level and reassure him that I’m okay.

The Neighbor Dogs are Barking

When she leaned down to retrieve her bag from the passenger floorboard she caught a glimpse of movement in the side mirror. She smiled crookedly as she opened the door, waiting for him to wrap his arms around her, holding her close in that special way that kept her warm in the cold northern nights.

He didn’t, and she turned around, a question on her face. He wasn’t there at all. The movement must have been more of the falling leaves that blanketed the ground as far as she could see, except for her pair of tire tracks weaving among the trees.

She swallowed the lump in her throat and slammed the car door. A tear tracked its way down her left cheek as she stepped carefully around to the back of the truck to gather the grocery bags. Some days, it felt like he’d been gone at least a hundred years, and some days like he had just stepped outside for a quick smoke.

Two bags swinging softly in each hand, she trekked through the yard and onto the front porch, where she spun once, scanning the acres between her steps and the long dirt road to nowhere.

She sniffed, and rubbed the tear from her face with the back of her hand.

As she unpacked the groceries she realized that she’d bought his favorites once again: mac and cheese and those stupidly expensive all-beef bun-length hot dogs. She left everything where it was on the kitchen counter and walked, head down, to their–her–bedroom to throw herself down on the mattress and sob and sob and sob until she was red and puffy.

It was the next morning when she woke with swollen eyes and a throbbing headache. She opened her eyes and stared at the thin strip of sunlight tapering across the wallpaper next to the bathroom door.

His voice echoed in her head, “just where it gets in my eyes when I try to shave.”

She closed her own eyes again, squeezing them until all she saw was the brilliant kaleidoscope of pressure on her optic nerves. This time, when she opened her eyes, his presence was completely gone.

She kicked off her shoes and went downstairs to finish putting the food away, but had to stop and laugh at the wreck the neighbor’s dog had made of her kitchen. She knew it was old Rider; the devil was lying underneath her kitchen table, tongue hanging out on the floor, shreds of fancy hot dog wrapper scattered around his swollen gut.

“I didn’t give the front door that extra push, did I, boy?” She laughed again, louder. “I forgot how poorly you resist temptation.”

Rider startled awake at the sound of her voice, and began to scramble guiltily to his feet, but she knelt to scratch behind his ears.

In my mission to post more in 2018, I grabbed three pages of handwritten who-knows-what from the dresser to see if I’d already published any or all of it.

I have, but oddly enough, it’s been exactly two years to the day since I posted the last page of what I picked up, Character Sketch #5. That one also has the email for Human Resources jotted on the back, the one I had to send my statement to a while ago.

Gosh golly, y’all, I gotta get back into this blogging thing. And seriously take a time out and email someone about why I’m not getting emails. I just spent way too much time reading old post and not writing this one. 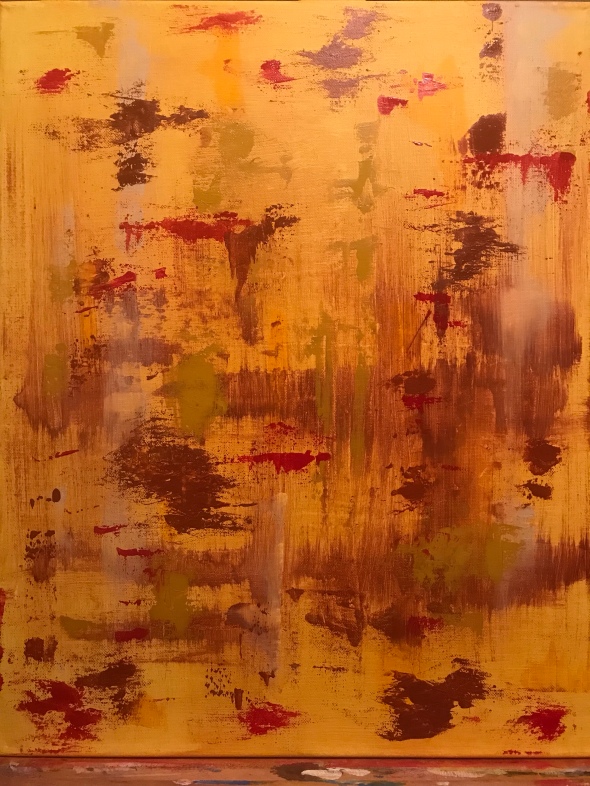 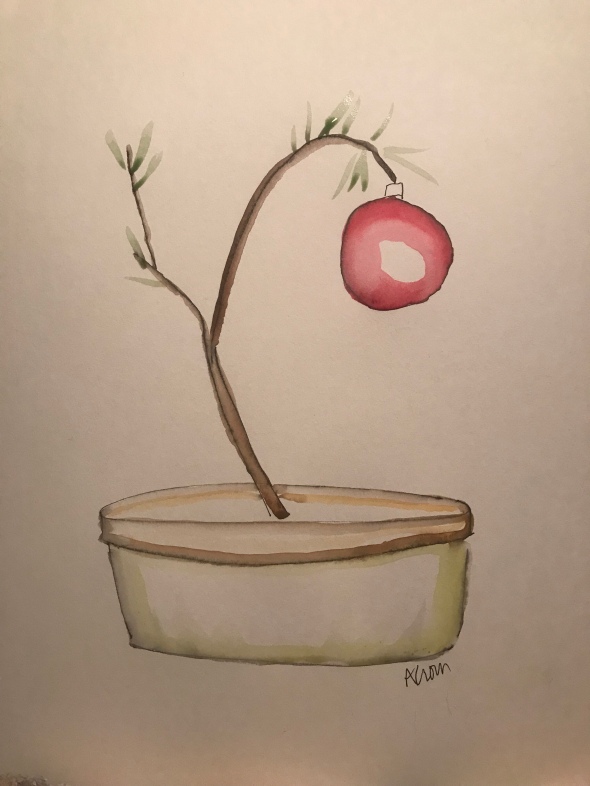