← Whole Foods
The Grapes and Wrath →

She rocked in her armchair, her fingers wrapped around her throbbing skull. The creaking of the old springs was only making the pain worsen–or was it? She paused, and realized that the rocking was the only thing keeping her conscious. Through the dark haze she returned to motion, and it eased the slightest bit. Enough for her to keep her sanity.

Hours later, days later, she woke on the floor in front of her chair. The clock told her that hours had passed, but the soreness in her knee told her it had to have been at least a day. She fumbled for her phone on the table nearby. Hours. Only hours. A sigh of relief escaped her lips. At least she wouldn’t have to find another job again for not showing up.

Her stomach grumbled its discontent, and she thought back to the apple she ate the day before, the last food she’d had. The corner of her mouth drifted upward, and she took a moment to appreciate the little things in life: a pain-free head and Pink Lady apples.  She rubbed her knee another moment longer before rising, slowly but surely, and heading for the kitchen.

The apple bowl contained one shiny but lonely specimen, and she picked it up and took a bite, chewing thoughtfully as she rummaged through the pantry, then the fridge. Juice dripped down her chin, and she absentmindedly wiped it with the back of her hand. She paused. Something was wrong.

The silence struck her like a bolt of lightning. The silence. She checked her phone again for the time, praying that she was muddled and confused and didn’t know when it was.

She was neither muddled nor confused. He was over two hours late. She dropped the apple in the sink and rushed down the hall to check the bedroom, hoping against hope that he had somehow slipped by, not noticing her lying on the living room floor.

The bed lay empty, sheets unmussed and pillows perfectly aligned. She checked her phone again. No missed calls. No texts. Thumb shaking, she called the pizza place twice before correcting her sim enough to call him.

Straight to voicemail. She sank to the bed, mussing the sheets and misaligning the pillows. He never let his phone die. Why would it go straight to voicemail? Hope leapt in her chest. Because he was calling her, of course! She kicked herself for choosing just the wrong moment to call.

Her migraine returned like a gunshot, and she dropped her phone to the floor. Tears fell from her eyes, and she collapsed to the bed, never hearing his Berlioz ringtone as he called her back. 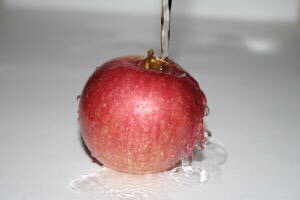