It may have been better for him to give in and believe it.

A fellow customer pushed the door open and entered the diner’s small public restroom. He glanced at Ross, noted the cold sweat and panicked eyes, and quietly locked himself into the lone stall to mind his own business. Ross didn’t even notice the man.

After a few more seconds of hyperventilation, Ross gathered his wits enough for a deep breath, a prelude to calm. He washed his hands and dried them, once he figured out how to work the automatic paper towel dispenser.

The stranger remained in his stall for this, possibly more out of concern for his own well-being than out of respect for Ross’s existential crisis.

Ross sighed and pulled the door open to return to his table. The plate was still there, waiting for him. Mocking him.The neon peas, the tumbled fries, the sloppy meatballs, and the gravy. 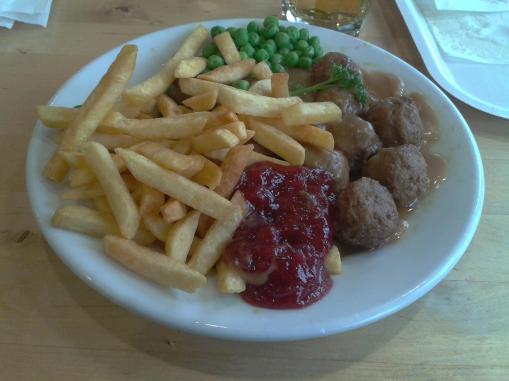 Sneaking under the food, snaking its way throughout the plate. Tainting the peas and dampening the fries. One wilted sprig of parsley wasn’t nearly enough to save this meal from oblivion. Ross forced the bile in his mouth back down his throat and held a hand up to flag down the waitress.

2 Comments on “A Gravy Exception”