← It Was a Dark and Stormy Night
Well, Color Me Happy* →

Tonight we went outside to attempt smoking canned tuna. You open a can of tuna in oil, pat three sheets of two-ply toilet paper on top, let them soak up some oil, and light. When it burns out, the tuna is supposed to be beautifully smoky. Supposed to be. 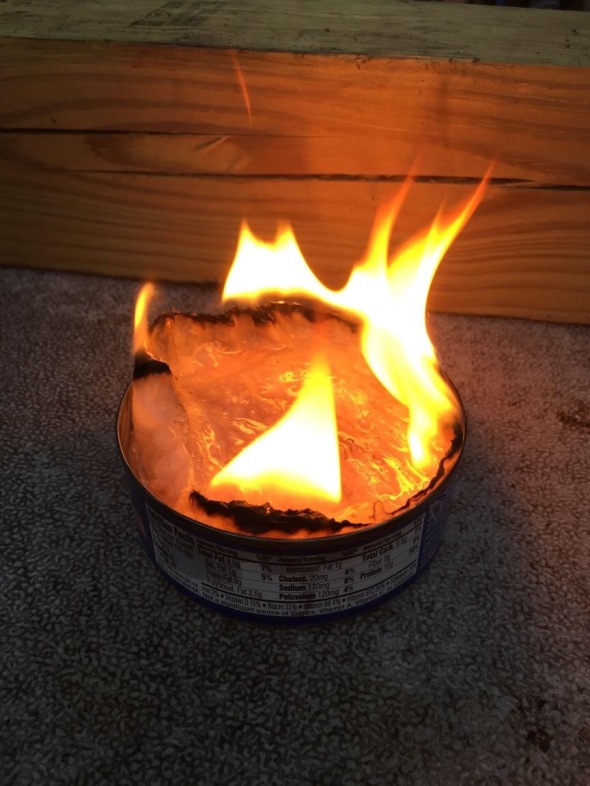 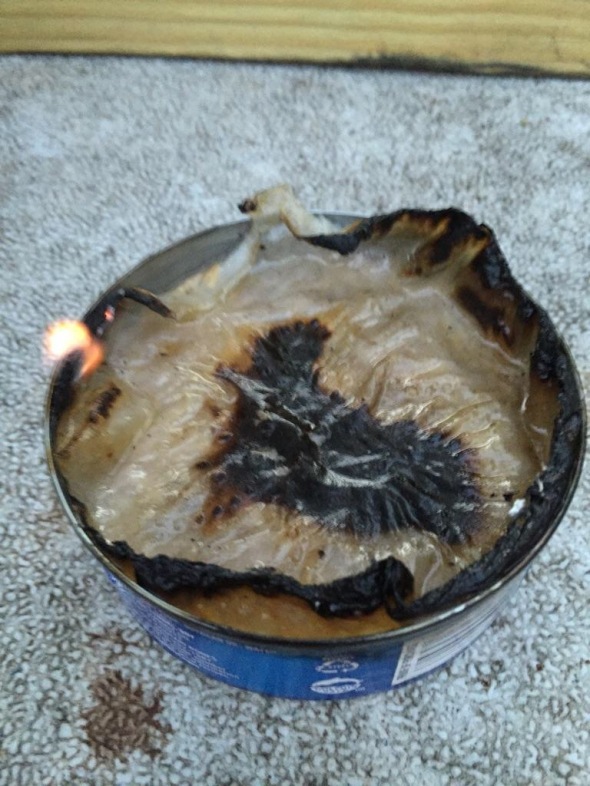 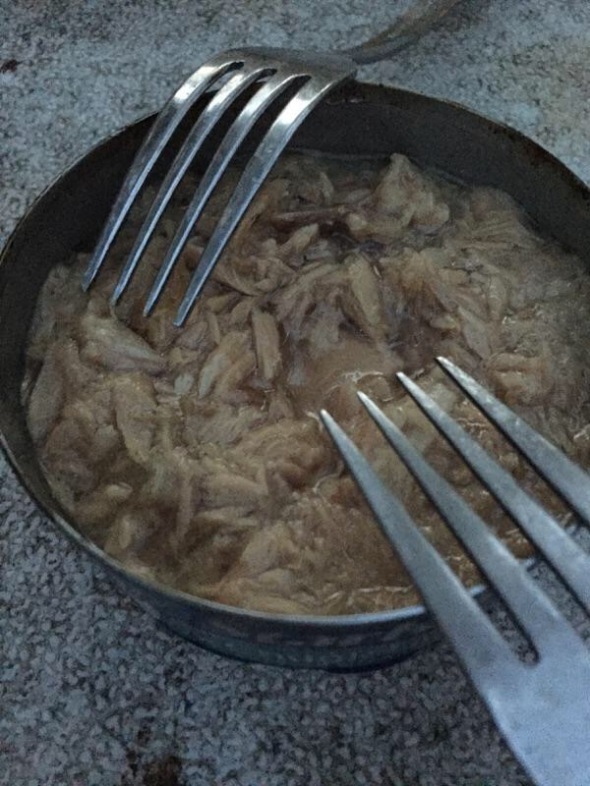 As you can see, our paper did not entirely burn, and our tuna still looks like plain old canned tuna. It might possibly have had a hint of smoke in the taste, but that could have been in our mouths from sitting around the burning centerpiece while bs’ing with our new neighbor.

There’s a little building across the street with two tiny efficiency apartments. We’ve seen a lot of people come and go, some just waiting for a better place, some just here for the horse racing season.

Our latest has been there a couple weeks or so. We’ve seen her sitting in her car a lot. Just sitting. Today she walked over, introduced herself, and sat down at the table with us. When she asked what we were doing, Ian told her a science experiment. She loves science!

We learned a lot about her.

She’s a recently separated dog groomer who has a twenty-four year old cage fighting son. She loves fat people, thinks navy is my color, and believes Ian to be Jewish. She also has a bit of a drinking problem.

Needless to say, a bit awkward.

Still, she’s not a wild partier, which is number one with a bullet on our good neighbor checklist.